What is Ed O'Neill's Net Worth and Salary?

Ed O'Neill is an American actor who has a net worth of $65 million. He has earned his net worth through a number of acting roles in movies and television, most notably on the shows "Married with Children" and "Modern Family." He is also a highly-paid voice over actor, most notably for the medication Zyrtec.

Edward Leonard O'Neill was born on April 12, 1946, in Youngstown, Ohio. His mother was a homemaker and social worker, and his father was a truck driver and steel mill worker. He graduated from Ursuline High School before transferring to Worthington High School, and then attended Ohio University on a football scholarship. After his sophomore year of college, he transferred to Youngstown State University, where he was a defensive lineman on the football team. In 1969, the Pittsburgh Steelers NFL team signed O'Neill as an undrafted free agent, but he never made it through the training camp and got cut. Following his failed attempt at an NFL professional football career, O'Neill returned to Youngstown State University and joined the school's theater program. Following graduation, he briefly worked as a social studies substitute teacher at Ursuline High School, before making the decision to pursue acting full-time. He moved to New York in 1977, after not having much success landing any acting jobs or roles in Youngstown theater productions. In New York, he worked as a busboy while studying at the Circle in the Square Theatre School.

In 1979, O'Neill landed the role of lead understudy in the Broadway play "Knockout". He finally got to perform on stage when the lead actor left the production. Movie director William Friedkin saw him perform, and cast him in his film "Cruising" (1980), which starred Al Pacino. He then appeared in various projects, such as a 1985 Red Lobster commercial, a guest appearance in "The Equalizer", and the pilot for the show "Popeye Doyle" (1986), as well as failed pilots for the show "Farrell for the People". However, his breakout role was as Al Bundy on the Fox sitcom "Married… with Children". He landed this role after a Fox casting agent saw him perform in a production of "Of Mice and Men" at the Hartford Theater in Hartford, Connecticut, and invited him to audition. "Married… with Children" was a big hit, and ran for 11 seasons from April 1987 to June 1997. He starred alongside Katey Sagal, who played his character's wife, Christina Applegate as his daughter, and David Faustino as his son. "Married..with Children" was the show that launched O'Neill into stardom and made him a household name. The "Married" cast was honored in 2009 at the 7th Annual TV Land Award Show.

In 2009, O'Neill returned to the world of sitcoms with the ABC show "Modern Family". He played the character Jay Pritchett, the patriarch of the family. "Modern Family" was incredibly successful, and ran for 11 seasons from September 2009 to April 2020. The final episode of the show actually boasted 7.37 million viewers. It also won the Emmy Award for Outstanding Comedy Series five times, and the 2011 Golden Globe Award for Best Television Series – Musical or Comedy.

In addition to his on-screen acting roles, O'Neill is also a prolific voice actor. He voiced the character Mr. Litwak in the animated films "Wreck-It Ralph" (2012) and "Ralph Breaks the Internet" (2018); and the character Hank the Octopus in the Disney animated film "Finding Dory" (2016). He has also provided his voice on various television shows, including "WordGirl" (2009), "Kick Buttowski: Suburban Daredevil" (2011), "Handy Manny" (2011), "The Penguins of Madagascar" (2012), and "Family Guy" (2015). Additionally, since 2012, O'Neill has provided voice-overs for television advertisements for the over-the-counter medication Zyrtec, as well as Straight Talk, Walmart's mobile phone service. Other advertisement work he has done include a series of commercials for 1-800-COLLECT in the 1990s, and an advertisement for then-presidential candidate Barack Obama in 2008.

O'Neill is married to the actress Catherine Rusoff. Together, they have two daughters. In December 2007, he received his black belt in Brazilian Jiu-Jitsu. He was introduced to the practice by his friend, the writer/director John Milius, and has practiced the sport for over 20 years. 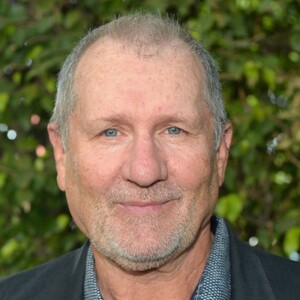