Steuart Walton net worth: Steuart Walton is an American attorney and businessman who has a net worth of $300 million. He is best known for being a member of the billionaire Walton family from Walmart.

Steuart Walton was born in Bentonville, Arkansas in 1981. He is the grandson of Sam Walton and Helen Walton. Steuart Walton is the nephew of S. Robson Walton, John T. Walton, and Alice Walton. He served as a director of Walmart. Walton is also the co-founder of the private equity firm RZC Investments and the founder of Game Composites, a company that builds aircraft.

He graduated from the University of Colorado Boulder and earned his law degree from Georgetown University Law Center. He worked as a lawyer in Chile and at Allen & Overy. Walton worked for Walmart's mergers and acquisitions department. He married actress and model Kelly Rohrbach in 2019. Kelly attended Georgetown University for undergrad, graduating in 2012.

Steuart Walton sits on the boards of directors at the Smithsonian National Air and Space Museum and the Crystal Bridges Museum of American Art. 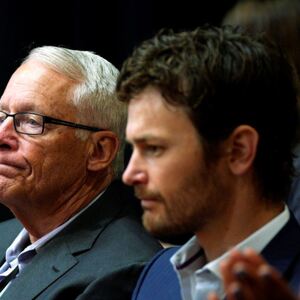