The Richest Person In Japan: How Tadashi Yanai Turned One Small Clothing Store Into $18 Billion

By Amy Lamare on October 8, 2013 in Articles › Entertainment

If you ever visit Japan, be prepared to see these three things everywhere you go: #1) People playing Puzzles and Dragons on their smartphones, #2) girls in sexy anime outfits and #3) hordes of people flooding in and out of a clothing store called "Uniqlo". Uniqlo is like The Gap's funkier, more colorful, Japanese cousin. Although, corporation-wise there actually is no relationship. Uniqlo is owned by an umbrella company called Fast Retailing. 46% of Fast Retailing is owned by one man: Tadashi Yanai. An additional 40% is co-owned by Tadashi's wife and two sons. Today, that 46% stake makes Tadashi Yanai the richest person in Japan with a net worth of $18 billion. And to think, he started out 30 years ago with one dilapidated location that he begrudgingly inherited from his father. This is the story of how Tadashi Yanai turned a small t-shirt store into one of the largest retail companies in the world an in the process earned an incredible fortune. 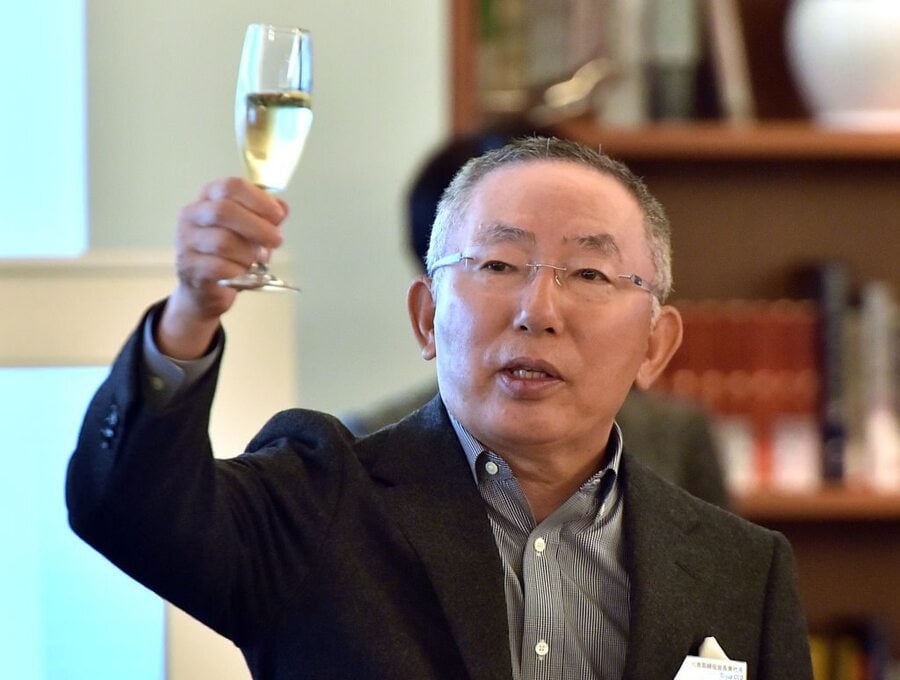 If you walk around any Japanese city for five minutes in any direction, I guarantee you will see a Uniqlo. To give you some idea of how ubiquitous Uniqlo is in Japan, consider this: There are 900 Uniqlos in Japan, compared to 2500 Gaps in America. That means there are a 1/3 the number of Uniqlos scattered around a country that is roughly 3% as big as The United States in terms of land mass. In order for The Gap to have the same relative ubiquity, it would need to open 21,000 new stores across The United States. FYI, there are 4700 Walmarts in The United States.

Tadashi Yanai was born February 7, 1949 in the Yamaguchi Prefecture (sort of like their version of state) in the south of Japan. As you may have guessed, being born in the years immediately following World War II was extremely difficult for every Japanese citizen. The country was still in the early stages of rebuilding and many families, including the Yanais, were heavily under the influence of Confucian ideas about filial piety (respect for one's elders). This line of thinking required strong respect for one's parents and ancestors. A popular Confucian philosophy that many people believed in their hearts was: There are three things that a person is afraid of, earthquake, fire, and father. Yanai grew up under this mindset and although he studied political science in college at Waseda University in Tokyo, he really didn't have a choice when his father instructed him to take over the family's menswear shop.

Yanai complied, but had plans to put his own spin on the store. One store wasn't enough, he wanted to build an empire. It was the early 1980s and Tadashi very much admired the work of American management expert Peter Drucker whose philosophy of business said that money and morality need not be mutually exclusive. Yanai could build his empire and become a very wealthy man without corrupting his soul. From Drucker's teachings, Yanai learned that it was best to think first about what customers want, rather than what the company (or owner) wants to sell. He therefore quickly added women's clothing to his menswear store and rebranded the entire operation in 1984 as Unique Clothing Warehouse (which he later shortened to Uniqlo). He also soon began expanding into the suburbs. 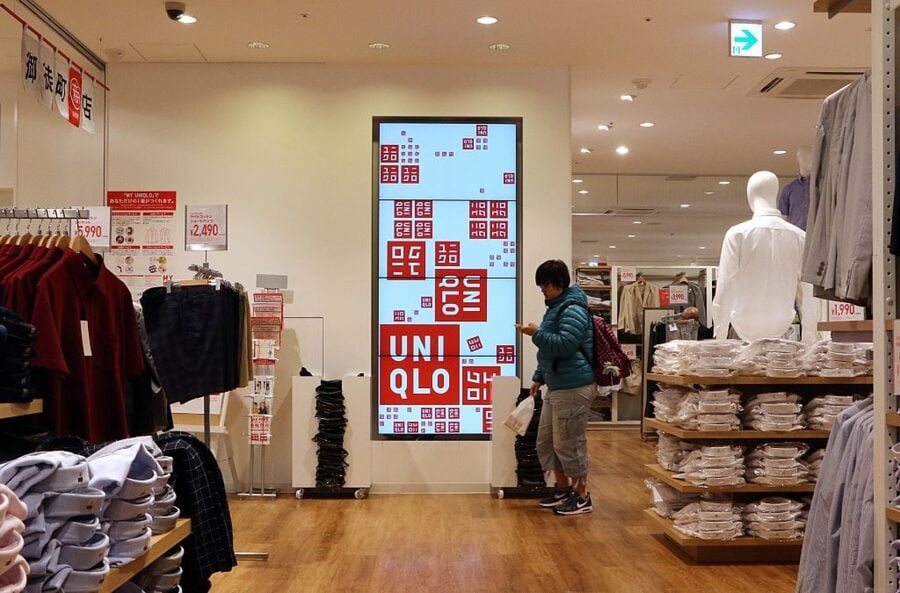 In the late 1980s, Tadashi Yanai sought out Mickey Drexler, then president of The Gap, during a time when Uniqlo was experiencing tremendous growth and market saturation. Tadashi invited Mickey to breakfast and set out to study his every move in order to perfectly replicate everything The Gap did. Yanai was unabashed in his desire to imitate The Gap. Immediately after meeting with Drexler, Uniqlo began copying The Gap's business model of producing and exclusively selling all of its own clothing. Yanai even had Gap-like commercials made for Uniqlo with celebrities dancing around in khakis.

Imitating The Gap would prove to be a massively successful strategy for Uniqlo and its parent company Fast Retailing. In 1993, Tadashi made a move that was absolutely unprecedented for a Japanese company: He shifted all production to China. This allowed him to cut the cost of the clothing he sold and further increase profits.

But there were some big stumbles along the way. By 2002, Yanai was ready to expand globally. He opened 21 stores in and around London. A few years later, Uniqlo opened in three malls in New Jersey. This global expansion would prove to be a complete and utter failure that personally cost Yanai tens of millions, potentially hundreds of millions of dollars. One major mistake involved Uniqlo's sizing metrics. Uniqlo's standard sizing metrics were met with derision as the average Japanese man and women is usually much smaller than the average American adult which led the company to sloppily upsize its clothing for the American market. In New Jersey, Uniqlo was bested by Abercrombie, The Gap, Express, and other American retailers that offered cheap clothes that actually fit American bodies. Within 18 months, Uniqlo closed 16 of its London stores and all three New Jersey locations.

This initial failure of Uniqlo's overseas expansion taught Tadashi a very important lesson: Uniqlo had succeeded in Japan much like the Gap (and Starbucks) succeeded in the U.S. – by being ubiquitous. However, for Uniqlo to succeed in Europe and the U.S., it also had to have style. It had to be cool. 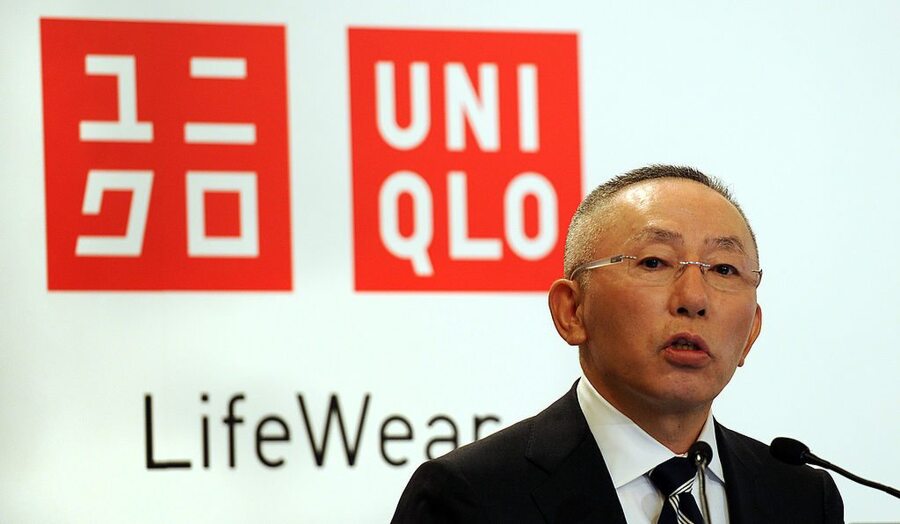 Yanai once again studied the success of other businesses and set out with a new plan for Uniqlo's overseas expansion. He cold-called a famous Japanese designer names Kashiwa Sato and asked him to lead a creative team that would set up flagship stores in cities across the world, starting with New York. Sato told Yanai that the Uniqlo brand was the very epitome of uncool, and that if he wanted to succeed in New York, London, and other cosmopolitan Western cities he'd have to redo everything.

Soto and his team brought in hip lines like Charlotte Ronson and Vena Cava. Yanai's wife suggested approaching Jil Sander with enough money to lure her out of retirement. This approach worked. Since the flagship Uniqlo store opened New York's SoHo district, it has become one of the highest grossing locations in the world. The company's collaboration with Jil Sander, branded +J in 2009 had people lined up for many blocks, eager to get the goods. Of course Uniqlo being Uniqlo, there was more than enough inventory to go around.

During the economic downturn in 2008 and 2009, Yanai went on an acquisition spree. He bought Theory and Helmut Lang, both higher-end designers of basic wardrobe components. All of the acquisitions fall under the Fast Retailing umbrella corporation, of which Uniqlo is still the biggest asset. Yanai has proven time and again that he learns from the company's missteps and always emerges stronger. He is determined to continue to produce good products and good prices that his customers want.

Uniqlo in general is not about style. It specializes in bare basics. Clothing not fashion. Unlike competitors Zara and H&M, which produce hundreds of different trendy products each season, Uniqlo's staples are jeans, sweaters, jackets, etc. Uniqlo does not pay attention to trends. They sell pieces that fit seamlessly into the customer's wardrobe. All ornament is stripped away, nothing about a Uniqlo piece stands out. Huge production orders help keep the prices very low. In the U.S. Uniqlo's cashmere sweaters retail for $49. Several years ago, the company sold a pair of jeans for $9.90 worldwide, in every currency. 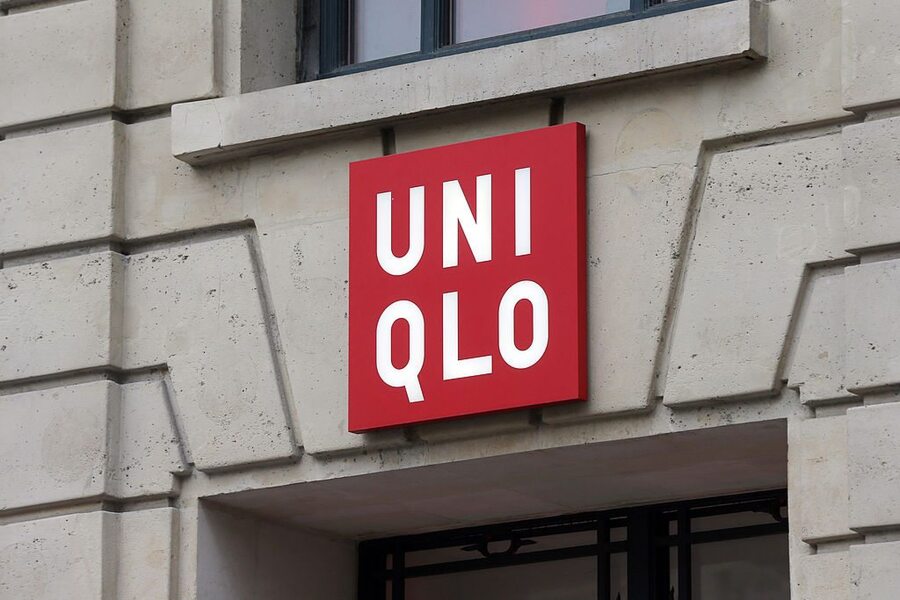 Fast Retailing currently owns 854 Uniqlo stores in Japan and more than 190 worldwide with plans to open many more in the near future. Uniqlo has a new tagline "Made for all," which is indicative of his management style and vision for his company. He wants the world dressing in Uniqlo. Fast Retailing raked in $11 billion in 2011, gaining on its rivals Zara and H&M.

In Japan, Tadashi Yanai is nearly a household name. A slight man at 5'5″, he aims to blend in rather than stand out. This serves him well when he is able to get in and out of stores unseen, making sure the location is up to his quality control standards. He prides himself on his anonymity, which is appropriate, given that the whole point of Uniqlo is to provide generic, anonymous clothing.

Thanks to his 46% stake in Uniqlo, as of October 2013 Tadashi Yanai is the richest person in Japan with a net worth of $18 billion. He lives in a 16,600 square foot house smack dab in the middle of Tokyo that features a private driving range, guard towers and is surrounded by two-storey stone walls. He built the house from scratch after purchasing the land for $80 million in 2000. Today, the house alone is worth an estimated $75 million, excluding the value of the land. Tadashi famously plays golf all day every Saturday and Sunday in the Tokyo suburbs. He also owns TWO private golf courses in Hawaii. What kind of watch does this man of endless wealth wear? A $250 Swatch. 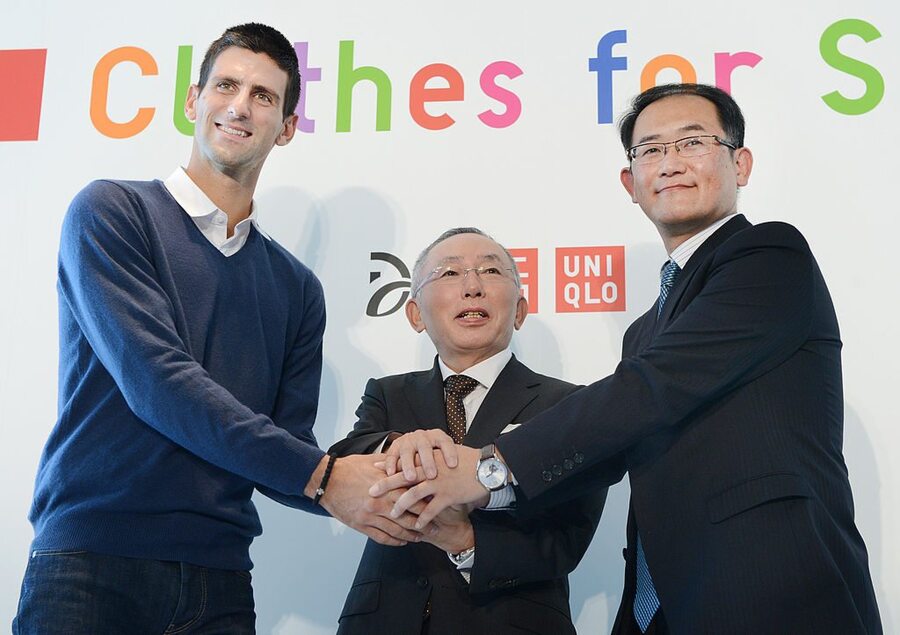 TORU YAMANAKA/AFP/Getty Images
Did we make a mistake?
Submit a correction suggestion and help us fix it!
Submit a Correction