John Paxson net worth: John Paxson is an American basketball executive and former professional basketball player who has a net worth of $8 million. He is best known for winning three NBA championships with the Chicago Bulls and then serving as the GM of the Bulls.

John Paxson was born in Dayton, Ohio in September 1960. He was a 6'2″ point guard who played at Archbishop Alter High School. Paxson played his college basketball for Notre Dame where he was a two time consensus second-team All-American. He was drafted #19 overall by the San Antonio Spurs in the 1983 NBA Draft. He played for the Spurs from 1983 to 1985 and then for the Chicago Bulls from 1985 to 1994. Thanks largely to Michael Jordan, Paxson won three consecutive NBA championships with the Bulls in 1991, 1992, and 1993.

Salary: During his NBA playing career John earned a total of $4.87 million in salary. That's the same as around $9 million today. His peak salary of $1.6 million came from the 1991-1992 season. That's the same as earning around $3 million today. His salary for being the team GM and EVP later in his career is not known, but today the average NBA GM earns $1 -$3 million. The highest paid will earn around $5 million. 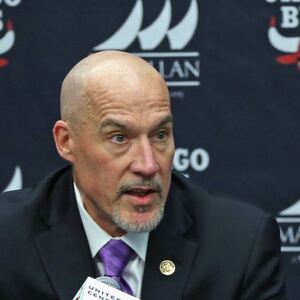