Ron Harper net worth: Ron Harper is an American former professional basketball player who has a net worth of $12 million. Ron Harper was born in Dayton, Ohio in January 1964. He was a 6'6″ guard who was cut from the freshman team in high school before later being named first-team All-Ohio.

He played his college basketball at Miami University in Ohio where he was a consensus second team All-American and a two time MAC Player of the Week. Harper was drafted #8 by the Cleveland Cavaliers in the 1986 NBA Draft. He played for Cleveland from 1986 to 1989 for the Los Angeles Clippers from 1989 to 1994. Harper played for the Chicago Bulls from 1994 to 1999 and for the Los Angeles Lakers from 1999 to 2001. He is a five time NBA Champion, winning three titles consecutive titles with the Bulls and two more with the Lakers. Harper was named to the NBA All-Rookie First Team in 1987. He was a member of the United States men's basketball team and won a Silver medal at the 1985 Summer Universiade. Harper was an assistant coach with the Detroit Pistons from 2005 to 2007. 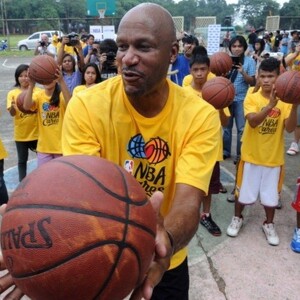