What is Billy Ray Cyrus' net worth?

Billy Ray Cyrus is an American country music singer-songwriter and actor who has a net worth of $20 million. He is perhaps most famous for being the father of Miley Cyrus, but his own musical career has been notable as well.

Billy Ray Cyrus was born in Flatwoods, Kentucky on August 25, 1961, to Ron Cyrus a politician and former steelworker, and Ruth Ann Casto. Cyrus was already showing off his singing chops by age four. His parents divorced in 1966. His grandfather was a Pentecostal preacher and he grew up surrounded by gospel music and bluegrass. He attended Georgetown College on a baseball scholarship but dropped out his junior year to pursue music.

Cyrus played in the band Sly Dog and lived in his neighbor's car while attempting to get a record deal. His luck turned when he signed a contract with Mercury Nashville Records and opened for Reba McEntire. Cyrus released his first album "Some Gave All" in 1992. It was an instant hit and sales success. It debuted at No. 1 on the Billboard Top Country Albums chart. Four of the songs on the album were in the top 40. The most successful single was "Achy Breaky Heart." The album has been certified 9x multi-platinum in the U.S. and was the first debut album to enter #1 on the Billboard Country Albums chart. In 1993, he released his second studio album, "It Won't Be the Last." It also debuted at No. 1 on the charts. The third album he recorded for Mercury Records was "Storm in the Heartland" in 1994. The album failed to reach the top 10 on the charts and the singles also failed to chart.

Cyrus released his most critically acclaimed album in 1996, "Trail of Tears," although the charting success of the singles was hit or miss. In 1998, Cyrus released "Shot Full of Love," his last album for Mercury. It was his lowest-charting album, and Cyrus left Mercury to work with Monument Records in 1999. His debut album for them was released in 2000 to varying degrees of chart and financial success. He then shifted to Christian music and recorded two albums in that genre. After a brief hiatus in music and shifting to acting, Cyrus made a comeback in 2008 and went on to release six more albums. He was featured in the remix of rapper Lil Nas X's rap song "Old Town Road" and the remix rose to No. 1 on the Billboard Charts. The song was also nominated for many Grammy Awards.

During his music career, Cyrus has released 16 studio albums and 53 singles. His best-known hit is "Achy Breaky Heart." The single was the first ever to become triple platinum in Australia. The song has been translated into over 100 languages and the song is credited with spreading the line dance craze. Billy Ray Cyrus has also reached #1 on the charts with his singles "Could've Been Me" and "In the Heart of a Woman." 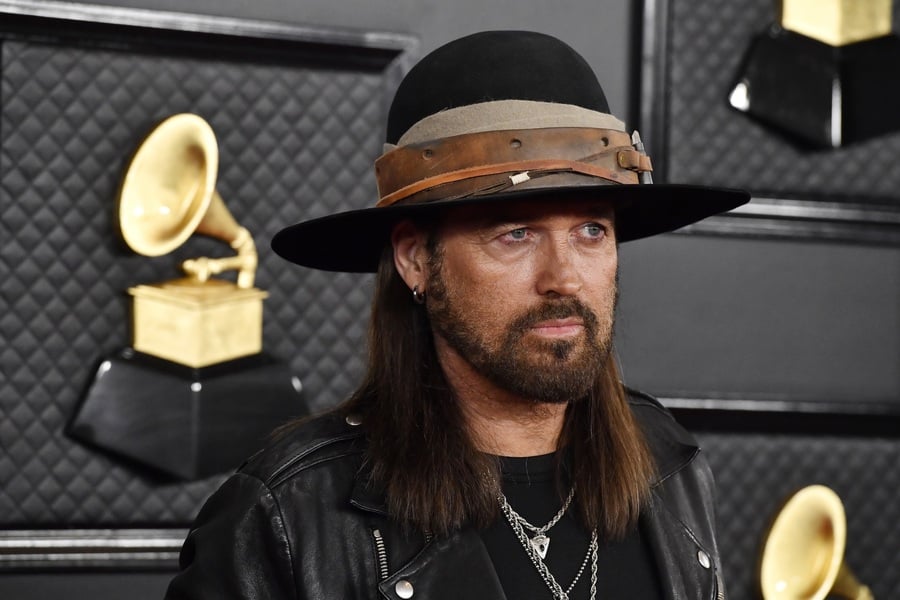 Cyrus starred in the TV show "Doc" from 2001 to 2004. Cyrus had a small part in the David Lynch film "Mulholland Drive" in 2001. In 2005, he appeared in a stage production of "Annie Get Your Gun" in Toronto. He has had many small parts in television shows such as "The Nanny" and "The Love Boat." Cyrus "won" a Golden Raspberry Award for Worst Supporting Actor for the film "Hannah Montana: The Movie" in 2009. In 2010, he starred in the Jackie Chan film "The Spy Next Door." Later that year, he and his son Trace Cyrus were part of Syfy series "UFO: Unbelievably Freakin' Obvious."

He also starred in the Disney Channel's "Hannah Montana" with his daughter Miley Cyrus from 2005 to 2011. He produced "Hannah Montana: The Movie" in 2009 and eight episodes of the show "Surprise Homecoming" in 2011. In 2016 he began starring in and producing the television series "Still the King." He also appeared in the 2014 film "Sharknado 2: The Second One." He and his daughter also appeared on season four of "Dancing with the Stars." Cyrus has also been the subject of many documentaries about his career and rise to fame. He sits on the advisory board of the Parents Television Council.

He has won more than 40 awards including American Music Awards, Academy of Country Music Awards, Billboard Music Awards, and World Music Awards. In 1995, he was given the Bob Hope Award for Excellence in Entertainment. In 2020, Billy Ray won two Grammys for his performance on the "Old Town Road" remix: Best Pop Duo/Group Performance and Best Music Video.

Cyrus has been married twice and has six children in total including musicians Miley Cyrus (born as Destiny Hope in 1992), Trace Cyrus, and Noah Cyrus.

He was married to Cindy Smith from 1986-1991. They co-wrote the songs "Wher'm I Gunna Live?" and "Some Gave All." The songs were featured on Cyrus's debut album.

Billy married actress and producer Leticia Jean Finley in 1993 in a secret ceremony. He had been discouraged to do so by his record company. With the marriage, he adopted two young children from Finley's previous relationships. The family lived on a farm near Nashville, Tennessee until they moved to Los Angeles for the filming of "Hannah Montana." Cyrus filed for divorce in 2010 but dropped it, and Tish filed for divorce in 2013. The couple went to therapy and dropped the divorce and it was officially dismissed in 2017. In April 2022 Trish filed for divorce, this time after 28 years of marriage.

His song "We the People" was used by George W. Bush in his 2000 presidential campaign, although Cyrus claimed to be a lifelong Democrat. 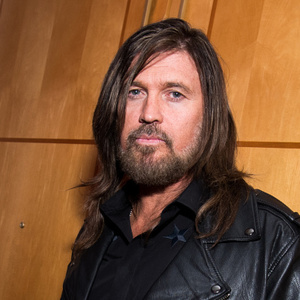