Shawn Christian Net Worth: Shawn Christian is an American actor who has a net worth of $4 million. Shawn Christian was born in Grand Rapids, Michigan in December 1965. He graduated with a marketing degree from Ferris State University and then moved to Chicago, Illinois to pursue his acting career.

He started starring in commercials and stage productions and worked with the company Improv Olympic. Christian became the first male spokesman on Star Search in 1994. From 1994 to 1997 he starred in the TV series As the World Turns as Mike Kasnoff. From 2004 to 2005 Christian starred as Johnny Durant in the TV series Summerland. Since 2010 he has starred as Brandon in Venice the Series. His best known role has come starring as Dr. Daniel Jonas on the soap opera Days of Our Lives since 2008. He has also had recurring roles in the television series Pacific Palisades, Wind on Water, Charmed, Beverly Hills, 90210, Pensacola: Wings of Gold, Crossing Jordan, Birds of Prey, Becker, Boston Legal, Runaway, Las Vegas, and Addicts Anonymous. In 1996 Shawn was nominated for a Soap Opera Digest Award for Hottest Male Star. 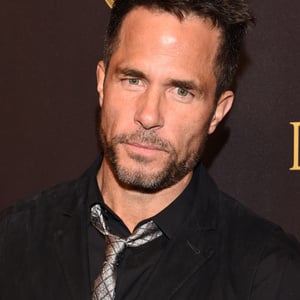