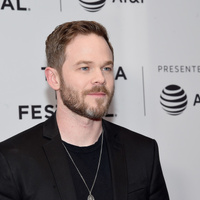 Shawn Ashmore net worth: Shawn Ashmore is a Canadian actor who has a net worth of $3 million. Shawn Robert Ashmore was born in Richmond, British Columbia, Canada in October 1979. His twin brother Aaron Ashmore is also an actor and the two have played twins in several movies. His first television appearance came in the series Rin Tin Tin: K-9 Cop in 1989. He first appeared on film in the 1991 movie Married to It. One of his better known roles was as Iceman in X-Men, X2, and X-Men: The Last Stand. He starred as Cadet Major Brad Rigby in the Disney Channel original film Cadet Kelly in 2002. He starred as Jake Berenson in the series Animorphs from 1998 to 1999 and as Tyler Connell on the show In a Heartbeat from 2000 to 2001. Since 2013 Ashmore has starred as Agent Mike Westin in the Fox series The Following. He has appeared in episodes of The Famous Jett Jackson, The Outer Limits, Smallville, and Fringe. In 2003 he won an MTV Movie Award for Breakthrough Male Performance for his role in X2. Shawn has also won a Leo Award and been nominated for a Teen Choice Award. Shawn married film executive Dana Wasdin in 2012.

Real Estate: In 2015 Shawn paid $1.9 million for a home in Studio City, California. The seller was Haylie Duff – Hilary Duff's sister. Shawn listed the home for sale in October 2020 for $2.1 million.