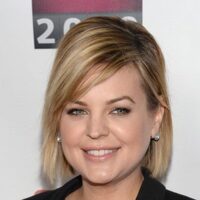 Kirsten Storms net worth: Kirsten Storms is an American actress who has a net worth of $6 million. Kirsten Storms was born in Orlando, Florida in April 1984. From 2000 to 2004 she stared as Belle Black on the soap opera Days of Our Lives. Storms starred as Betsy Young on the television series Clubhouse from 2004 to 2005. From 2002 to 2007 she voiced the role of Bonnie Rockwaller on the TV series Kim Possible. Her best known role has come starring as Maxie Jones on the soap opera General Hospital since 2005. Storms also played Jones on the 2007 series General Hospital: Night Shift. She has also appeared in episodes of the TV series Second Noah, You Wish, Any Day Now, 7th Heaven, That's So Raven, and CSI: Miami. Storms won a Soap Opera Digest Award in 2001 and a Young Artist Award in 2002 for Days of Our Lives. She left General Hospital in 2011 after being diagnosed with endometriosis and returned a year later.