Leigh Allyn Baker net worth: Leigh Allyn Baker is an American actress, director, and voice artist who has a net worth of $2 million. Leigh Allyn Baker was born in Murray, Kentucky in April 1972. Baker first appeared in the 1994 movie Shrunken Heads. From 1998 to 1999 she played the recurring role of Hannah Webster on the television series Charmed.

She also had a recurring role as Ellen on the TV series Will & Grace from 1998 to 2006. Baker has recurring roles as Maureen on the series In Case of Emergency in 2007 and as Marilyn Hartsong in the TV series 12 Miles of Bad Road in 2008. From 2007 to 2009 she did voice work for the animated TV series Back at the Barnyard. Baker has also provided voice work for the TV series Jake and the Never Land Pirates from 2013 to 2014 and The 7D in 2014. One of her best known roles has come starring as Amy Duncan on the television series Good Luck Charlie since 2010. She has also appeared in epidotes of the TV series Almost Perfect, Early Edition, Yes, Dear, That 70s Show, Las Vegas, Boston Legal, House, The King of Queens, My Name is Earl, and Hannah Montana. Baker has also done voice work for many video games. 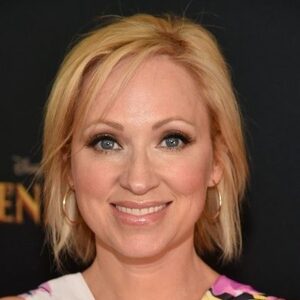