Laura Wright net worth and salary: Laura Wright is an American actress who has a net worth of $10 million. Laura Wright was born in Washington, D.C. in September 1970. Her best known role has come starring as Carly on the soap opera General Hospital starting in 2005. Wright has starred in more than 1,800 episodes of the series.

She has also starred on the soap operas Loving as Ally from 1991 to 1995, The City as Ally Bowman from 1995 to 1997, and Guiding Light as Cassie from 1997 to 2005. Laura Wright won a Daytime Emmy Award in 2011 for Outstanding Lead Actress in a Drama Series for General Hospital and was nominated for the same award five more times. She won a Soap Opera Digest Award in 1998 for Favorite New Character for The Guiding Light. Laura Wright was also nominated for Soap Opera Digest Awards in 1993 for Outstanding Younger Leading Actress for Loving and in 1994 for Hottest Female Star for Loving. 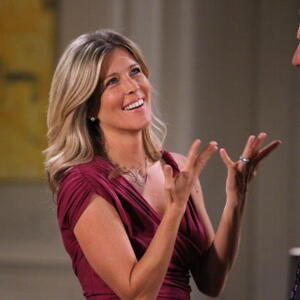