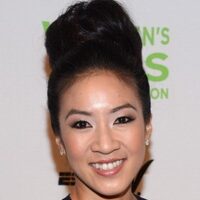 What is Michelle Kwan's net worth and career earnings?

Michelle Kwan is an American retired figure skater who has a net worth of $12 million. Michelle is one of the most beloved and decorated American figure skaters of all time, having won five World Championships. She earned millions from endorsements and continues to enjoy a successful career as a retired skater and political consultant.

Michelle Wing Shan Kwan was born July 7, 1980 in Torrance, California. She is the youngest of three children born to Chinese immigrant parents Danny and Estella Kwan. As children, her older brother played ice hockey, and she and her older sister were active figure skaters.

Financial hardship almost ended Kwan's skating career before it ever really began. Kwan's parents both worked multiple jobs to pay for both of their talented daughters to skate for hours before school, and again after their school day ended. Even with Kwan's mother employing cost-saving measures such as hand-sewing their competition costumes, paying for the increased ice time strapped the family financially and they could no longer pay for coaching.

Through financial assistance from the Los Angeles Figure Skating Club, both girls were able to train at the Ice Castle International Training Center in Lake Arrowhead, California.

Michelle started training for elite figure skating competition at eight-years-old, and began training with renowned skating coach Frank Carroll in 1991. Under Carroll, Kwan competed in her first U.S. Figure Skating Championship at the age of 12, and placed eighth in the World Championships in 1994 at the age of 13.

Michelle Kwan quickly rose to stardom in the skating world, and was enormously successful in her field. Over her 15-year figure skating career, Kwan amassed five World Championships and nine U.S. National Championships, with eight of those won consecutively from 1998 to 2005. She is tied with Maribel Vinson-Owen for winning the most U.S. Championships; and is the most-decorated figure skater (male or female) with more than 40 titles to her name.

Though not mired in the controversy, Kwan was present at the 1994 ladies U.S. Figure Skating Championships at Cobo Arena in Detroit, Michigan, and was reportedly just feet away from Nancy Kerrigan when she was bashed in the knee as part of a plan to sabotage Tonya Harding's competition, masterminded by Harding's then-husband, Jeff Gillooly.

That same year Kwan attended the 1994 Winter Olympics in Lillehammer, Norway where was selected as an alternate for the U.S. women's figure skating team featuring Tonya Harding and Nancy Kerrigan; Kwan was not called upon to compete.

Kwan was a staple on the Olympic figure skating scene for a number of years. She competed in the 1998 Winter Olympics in Nagano, Japan, where she won a second-place silver medal in a tight ladies singles figure skating competition, finishing just behind American skater Tara Lipinski, who became the youngest gold medalist in Olympic history that year, at the age of 15.

Over the next four years, Kwan worked to improve and evolve professionally, by developing her skills and defining her style. She delivered technically consistent and equally artistic performances on both national and world stages. Kwan's short and long programs were packed with double and triple-jump sequences, sweeping lines, and smooth transitions, which spotlighted a rare ability to meld precision skating with profound athleticism.

Kwan also upped her game by refining her look. She commissioned fashion powerhouse Vera Wang to design her performance costumes, which brought an air of sophistication to Kwan's work; and Kwan took to the ice wearing one-of-a-kind creations, each worth thousands of dollars.

Michelle's professional metamorphosis stretched into her coaching as well. After ten years together, Michelle parted ways with her coach Frank Caroll in 2001, in what Kwan called an effort to "take responsibility" for her skating. Kwan was coached by Scott Williams in 2002.

Kwan returned to the Winter Olympics in Salt Lake City, Utah in 2002, where she won a third-place bronze medal, finishing behind fellow-American competitor and gold-medalist Sarah Hughes, and Russian skater Irina Slutskaya, who took silver.

In 2003, she hired coach Rafael Arutyanyan to improve her technical skills.

Michelle Kwan has represented a number of products and companies throughout her career including Campbell's soup, Caress soap(Unilever), Chevrolet, Coca-Cola, Disney, Kraft, Mattel, McDonald's, Minute Maid, Riedell Skates, Royal Caribbean, United Airlines, Yoplait yogurt, and Starbucks. She was one of the highest-paid female athletes in the early 2000s, having earned an estimated $2 million from endorsements in 2002. 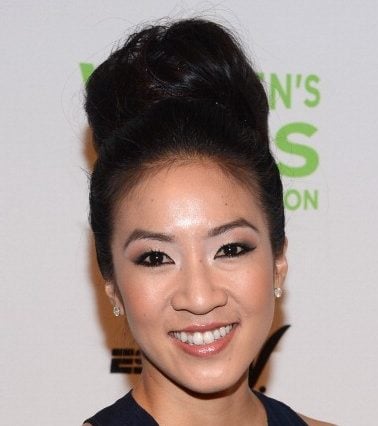 Though Michelle Kwan has never officially retired, a hip injury, and subsequent arthroscopic surgery kept Kwan off the ice for a time, and she began to focus on life-after-skating.

In 2006, she made the decision to attend the University of Denver to pursue a Bachelor's degree in international studies with a minor in political science. Around this time, she was also named a public advocacy envoy by the U.S. State Department, where she traveled the world to share her experience with others.

After completion of her undergraduate degree, Kwan continued her education in international studies at Tufts University, where she graduated in 2011.

Though no longer on the ice, Kwan has found success in the world of government and politics. She went to work for the U.S. State Department's Bureau of Educational and Cultural Affairs in 2012. She continued her work in the field of politics, by lending her skills as an outreach coordinator to Hillary Clinton's 2016 Presidential run; and she worked in a similar capacity for Joe Biden's 2020 Presidential campaign.

In 2013 Michelle Kwan married Clay Pell, a White House national security expert, in a posh Providence, Rhode Island ceremony. Kwan called upon Vera Wang to outfit her for the occasion, where skating royalty such as Brian Boitano and Dorothy Hamill were in attendance.

During the marriage, the couple purchased a palatial Newport, Rhode Island estate for $1.5 million in a foreclosure sale. Unfortunately the marriage lasted just four years, when Pell filed for divorce in California in 2017 citing irreconcilable differences; and Kwan filed for divorce in Rhode Island the same year. Kwan received the Rhode Island estate in the divorce, and sold it in 2018 for a reported $3.9 million, garnering a $2.4 million profit from the sale.