What is Vera Wang's net worth?

Vera Wang is an American fashion designer and former figure skater who has a net worth of $650 million dollars. Vera Wang is most widely recognized for her wedding gown designs, which have been worn by a number of celebrities, including Chelsea Clinton, Uma Thurman, Jennifer Garner, Holly Hunter, and Alicia Keys. She has also designed houseware, shoe, fragrance, eyewear, and jewelry collections.

Wang was born on June 27, 1949 to parents Florence Wu and Cheng Ching Wang. Her parents had moved to the United States from China in the 1940s. Her mother worked as a translator for the United Nations and her father was the owner of a medicine company after having graduated from Yanjing University in China and MIT in the United States. She has one younger brother named Kenneth.

At the age of 8, Wang began figure skating and soon was training at a high-level. She skated both independently and in pairs and competed at the 1968 U.S. Figure Skating Championships with the goal of making the U.S. Olympic team. While she ultimately was unable to do so, she continues skating today and has designed many figure skating costumes.

Wang attended Friends Seminary for the beginning of her education and then transferred to the Chapin School, an all-girls academy, from where she graduated from high school in 1967. She then enrolled at Sarah Lawrence College where she pursued a degree in art history. During this time, she studied abroad at the University of Paris and then graduated with her bachelor's degree in 1971.

Immediately upon graduating from college, Wang was hired to be an editor at "Vogue," making her the youngest editor in the history of the magazine. She remained in this position for 17 years and the left in 1987 to work at Ralph Lauren, where she stayed for two years. Wang ultimately was interested in creating her own designs, prompting her to start her own design label at the age of 40 with a focus on bridal wear. In 1990, she opened her own boutique within the Carlyle Hotel in New York City that featured her bridal gowns. Since then, she has expanded her boutiques to cities like London, Tokyo, and Sydney.

In 2002, she expanded beyond wedding dresses and began to produce designs for the home, launching The Vera Wang China and Crystal Collection. She also launched a retail line called Simply Vera in collaboration with the retail store, Kohl's, in 2007 in an effort to make her designs more available to the general public at affordable prices. She followed a similar trajectory with her wedding designs, partnering with David's Bridal in 2011 to launch "White by Vera Wang," which offers wedding and bridesmaids gowns beginning at only $600. She also worked with Men's Wearhouse to offer two tuxedo styles. 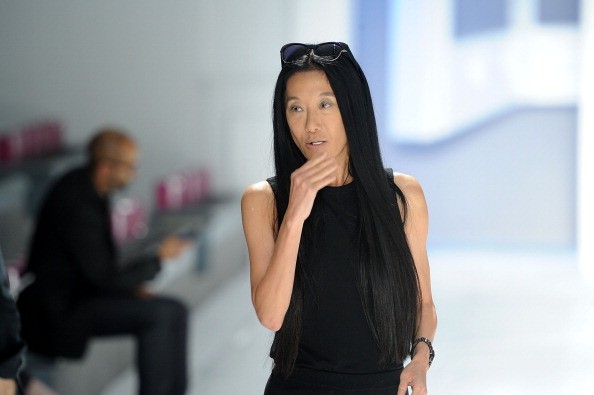 As Wang made a name for herself as a prominent wedding dress designer, she began to receive requests for many high profile figures commissioning custom gowns for their big day. She has designed wedding dresses for Chelsea Clinton, Alicia Keys, Mariah Karey, Ivanka Trump, Hilary Duff, Victoria Beckham, and Khloe and Kim Kardashian, among many others.

In addition to wedding dresses, she also has premiered many of her evening wear at New York Fashion week and her designs have been worn by individuals like Michele Obama, Viola Davis, and Sofia Vergara.

Given her love of figure skating, she has also worked within that industry as a designer, designing costumes for figure skating that have been worn by some of the country's top figure skaters. Skater Nancy Kerrigan wore her designs in the 1992 and 1994 Winter Olympics and Michelle Kwan in the 1998 and 2002 Winter Olympics. She has also designed pieces for male skaters. Evan Lysacek work Wang's designs in the 2010 games and Nathan Chen wore a Wang creation in the 2018 games. Because of her contribution to the sport, Wang was inducted into the U.S. Figure Skating Hall of Fame in 2009. Elsewhere in the sporting world, she has also designed the uniforms worn by the Philadelphia Eagles Cheerleaders.

After a two-year sabbatical, Wang reappeared at New York Fashion Week in 2019 to unveil her 2020 Spring/Summer collection. The show received very positive reviews even despite several malfunctions with the footwear that resulted several of the models falling.

Over the years, Wang has received many awards, honors, and accolades. In June of 2005, she was the winner of the Council of Fashion Designers of America Womenswear Designer of the Year award. The following year in 2006 she won the André Leon Talley Lifetime Achievement Award from the Savannah College of Art and Design.

In June of 1989, Wang married Arthur Becker, an investor. The couple opted for an interfaith ceremony that incorporated elements of both the Baptist and Jewish faiths. They adopted two daughters together, Cecilia Sloane and Josephine Heloise, whom they raised in New York. In July of 2012, the couple announced their separation.

Wang raised her family across the street from her childhood home in Manhattan. In 2007, she purchased her family's former home and renovated it over the course of nine years. She now has made the home her primary residence, though she also has homes in Paris and California. 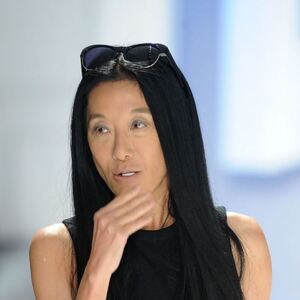