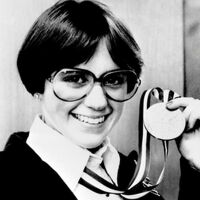 What is Dorothy Hamill's Net Worth?

Dorothy Hamill is an American figure skater who has a net worth of $5 million dollars. Dorothy Hamill rose to fame after winning the gold medal in the ladies' singles figure skating competition at the 1976 Winter Olympics in Innsbruck. Just a month after this, she won gold in the ladies' singles competition at the World Figure Skating Championships in Göteborg. Hamill went on to skate in various traveling shows, including with the Ice Capades and Broadway on Ice.

Dorothy Hamill was born on July 26, 1956 in Chicago, Illinois to Carol and Chalmers. Shortly after she was born, she moved with her family to Greenwich, Connecticut, where she grew up. Hamill has an older sister named Marcia and an older brother named Sandy. She started skating at the age of eight, and took weekly group lessons before moving on to private lessons. Hamill was originally coached by Gustave Lussi and Otto Gold. Because time on the ice was limited in her locality, she started training at the Sky Rink in New York City, and during the summers, trained in Lake Placid. Hamill later trained in Toronto, Ontario with her new coach Sonya Dunfield. For her primary schooling, she went to Colorado Academy in Lakewood, Colorado.

Hamill had her first taste of national success at the age of 12 in 1969, when she won the novice ladies' title at the United States Figure Skating Championships. Subsequently, she was invited to perform at Madison Square Garden on an exhibition tour. In the 1970 Championships, Hamill placed second at the junior level; she went on to make her senior debut the next year. Her greatest success yet came in 1974, when she won gold in the ladies' singles competition at the U.S. Figure Skating Championships. Hamill repeated this feat over the next consecutive two years. Additionally, she won silver at the 1974 and 1975 World Championships. 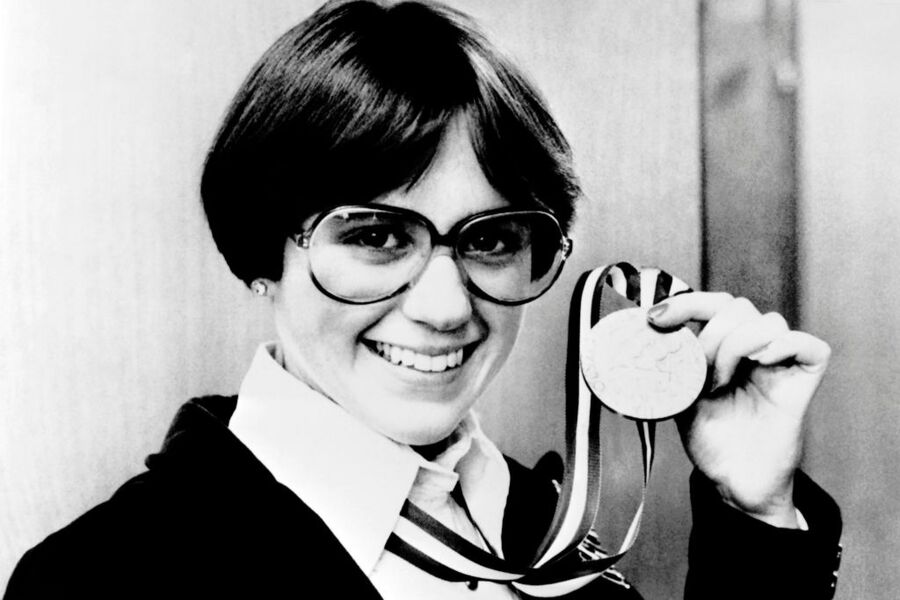 Hamill had the best year of her figure skating career in 1976. In February, at the Winter Olympics in Innsbruck, Austria, she won the gold medal in the ladies' singles competition over Dianne de Leeuw of the Netherlands and Christine Errath of East Germany. Adding to this success, Hamill went on to win the ladies' singles gold at the World Championships in Göteborg, Sweden less than a month later. On the ice, she is credited with creating the skating move the "Hamill camel," which involves a camel spin that transitions into a sit spin.

Following her Olympic and World Championships victories, Hamill became a household name and fashion trendsetter in the United States. The bobbed hairstyle that she sported during her Olympic performance, created by stylist Yusuke Suga, became a major fad, while her oversized eyeglass frames also started a popular trend. Meanwhile, Hamill was named "America's sweetheart" by the mass media.

In 1977, Hamill became a headliner in the traveling entertainment show the Ice Capades. She remained in this position until 1984, when the company folded. Later, in 1993, Hamill and her husband purchased the Ice Capades' assets in an attempt to resurrect its earlier success; however, they ended up declaring bankruptcy the next year.

Having been diagnosed with osteoarthritis, Hamill took medication to allow her to continue skating. She went on to skate professionally in various shows, including in a regular role with Broadway on Ice. In 2007, Hamill appeared as a special guest in the Brian Boitano skating extravaganza at San Francisco's AT&T Park.

In more recent years, Hamill has appeared on popular reality television programs. In 2013, she competed alongside Tristan MacManus in the 16th season of the ABC dance competition series "Dancing with the Stars." However, after just two dances, she was forced to withdraw due to a severe strain in her lower back. Four years later, in 2017, Hamill was one of 16 celebrity contestants to participate on the Food Network cooking competition "Chopped." She performed well on the show, only narrowly missing out on the final heat when she was the last contestant to be eliminated. 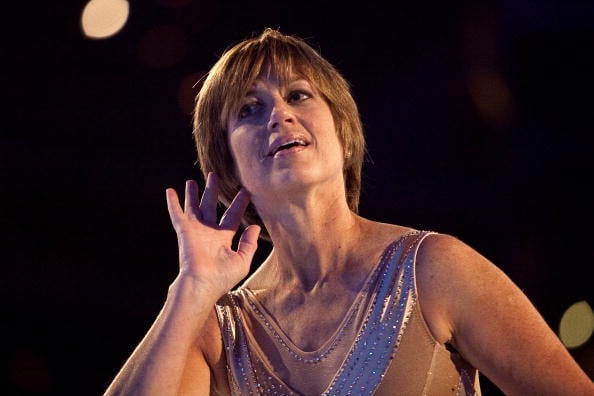 Throughout her career, Hamill has been the recipient of numerous honors and awards. In 1983, she won a Daytime Emmy Award for hosting the performing arts television program "Romeo and Juliet on Ice." Later, in 1991, she was inducted into the United States Figure Skating Hall of Fame. Hamill was also inducted into the World Figure Skating Hall of Fame in 2000.

Hamill has been married multiple times. In 1982, she wed her first husband, Dean Paul Martin Jr., the son of Dean Martin. The pair divorced in 1984. Three years later, Hamill married Kenneth Forsythe; they had a daughter named Alexandra, and divorced in 1995. Much later, in 2009, Hamill wed her third husband, John MacColl.

Hamill is the author of two autobiographies entitled "On and Off the Ice" and "A Skating Life: My Story." For much of her adult life, she has had chronic depression, which she deals with via therapy and medication. Hamill is also a breast cancer survivor.