Mahesh Babu net worth: Mahesh Babu is an Indian film actor, who has a net worth of $30 million. Mahesh Babu, also known as Prince, is one of the reigning movie stars of Telugu cinema. Being a child of the Indian actor Krishna, Babu made his first appearance in front of the camera at the age of four in the 1979 movie Needa.

However, his first lead role came a decade after, starring in the 1999 movie Rajakumarudu. The young rising actor managed to gain mass appeal and roles in successful movies, after he appeared in the shoes of the young Kabaddi player in the 2003 blockbuster film Okkadu. Ever since, Mahesh Babu has starred in 9 films as a child artist and in 17 films as a lead actor. These accomplishments make his actor's portfolio rich enough to be considered one of the most sought after actors in Telugu Cinema. Furthermore, he is a proud winner of seven Andhra Pradesh state Nandi Awards, three Filmfare Best Telugu Actor Awards, three CineMAA Awards and one South Indian International Movie Award. Not excluding the chance to earn some more recognitions for his most recent projects: Business Man (2012) and Seethamma Vakitlo Sirimalle Chettu (2013). Apart from playing roles in smash-hit movies and earning prestigious awards, he is also a national brand for Thums Up and an enthusiastic advocate of several brands in Andhra Pradesh and South India. 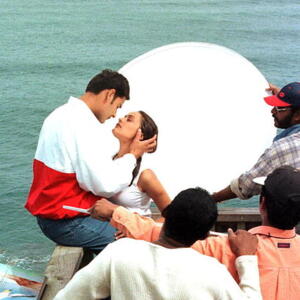