The Highest Paid Bollywood Stars In The World

By Brian Warner on February 7, 2013 in Articles › Entertainment

Who are the highest paid Bollywood stars in the world? When we think of highly paid actors, Hollywood stars like Brad Pitt and Johnny Depp are likely some of the first names to pop into your head. But westerners like myself often forget that there is a whole other world of movie stars out there who make tons of cash every year. And ironically, while these actors have literally hundreds of millions, if not billions of fans, many of them could easily go unnoticed walking down a busy American city street.

Of course we are talking about the world of Bollywood. Many people don't realize that Bollywood was founded in 1899, a full decade before the birth of modern Hollywood and today Mumbai churns out 2-3 times more movies per year than Los Angeles. When you compare domestic box office revenues, Bollywood out earns Hollywood nearly 2-1, a stat that is made even more impressive by the fact that the average Indian movie goers pays just 70 cents for a ticket. It should be noted that in terms of domestic population, India's 1.2 billion people is four times the population of The US at 300 million. Also when you factor in worldwide box office revenues, Hollywood makes around 50 times more than Bollywood. But still, Bollywood is an entertainment force to be reckoned with, and so are its stars. A popular Bollywood actor can earn as much as $8 million per movie and can produce 4-5 movies per year! Outside of films, Bollywood stars (like their Hollywood cousins), can also make a fortune from commercial endorsements. The top Bollywood actors and actresses are paid $1-3 million per commercial, and he or she can appear in literally dozens each year! So who are the highest paid Bollywood stars in the world? Read on to find out… 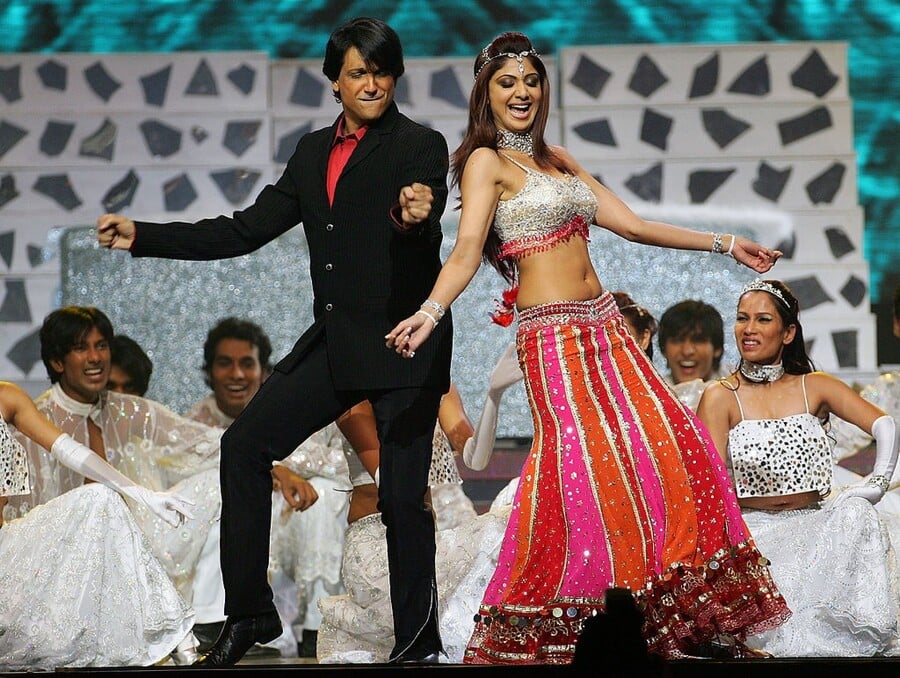 (Earnings are from 2012 film roles only, endorsement money not included)