Tim Pawlenty net worth: Tim Pawlenty is an American politician who has a net worth of $3 million. Tim Pawlenty is a republican politician and former governor of Minnesota In addition to his net worth, he has a reputation as one of the more reasonable conservatives currently in the public eye today. His most recent achievement was dropping out of the 2012 presidential race after coming in third in the Iowa straw poll behind fellow candidates Ron Paul and Michele Bachmann. Pawlenty's career in politics began in his home state of Minnesota, when in 1990 he served as a campaign manager for Jon Grunseth, who failed to clinch enough votes to win the election. After Pawlenty himself was elected governor of Minnesota in 2003, he appointed Grunseth's former wife Vicky Tigwell to a prominent position, which became a source of controversy later. In 1992, Pawlenty won his first state election, being elected to the Minnesota House of Representatives. Pawlenty was reelected four times, and his popularity in the state of Minnesota remained somewhat stable. Since then, Pawlenty was elected as governor of Minnesota, serving two consecutive terms before eventually running for president. In 2008, Pawlenty was also reportedly one of the top choices to serve as John McCain's vice presidential candidate. 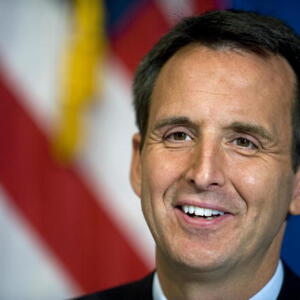