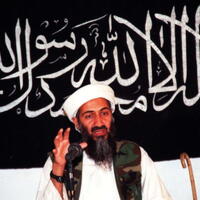 What was Osama bin Laden's Net Worth?

Osama bin Laden was a Saudi Arabian terrorist leader who had a peak personal net worth of $100 million. Osama bin Laden was the founder of al-Qaeda, the infamous Islamic terror group which orchestrated the 1998 Embassy Bombings and the September 11th Attacks. Bin Laden was born into an extremely wealthy construction family. Today to collective Bin Laden family is worth perhaps as much as $10 billion cumulatively. Osama initially became involved in terrorism and the resistance movement in Afghanistan against the Soviet occupying forces.

Osama's father Mohammed bin Laden was born to a dirt poor family but eventually launched a construction business that received hundreds of billions of dollars in contracts, primarily from the Saudi Royal family. At the time of his death in 1967, Mohammed was the only Saudi Arabian billionaire who was not a member of the royal family. Upon his death, each of his children inherited $20-30 million. That's the same as around $160 million in today's dollars.

Raised as a devout Sunni Muslim, Osama studied economics and business administration at King Abdulaziz University. There are conflicting reports about which degrees he earned, but some sources state that he earned a degree in either civil engineering or public administration. Osama then studied English in Oxford during the early 70s. While living in England, he became a fan of the soccer team Arsenal FC.

After leaving college in 1979, Osama bin Laden became embroiled in the militant resistance against the occupying Soviet forces in Afghanistan. He funded the militants and helped smuggle weapons into the country, and was funded by the US government in his attempts to oust the Soviets.

By 1988, bin Laden had founded the terror group al-Qaeda. This led to his friction with the United States for the first time. In 1991, Osama was kicked out of Saudi Arabia. He then set up base in Sudan but was eventually pressured by the United States to leave. He boarded a plane to Afghanistan, leaving behind an extensive business empire in Sudan that was allegedly worth between $30 million and $300 million.

In 1996, bin Laden and al-Qaeda formally declared war on the United States and started planning serious, fatal attacks. In 1997, he allegedly funded the Luxor massacre which killed 62 civilians in Egypt. Next year, he organized a series of simultaneous attacks on US embassies in Dar es Salaam, Tanzania, and Nairobi. The truck bomb attacks killed hundreds of people. After becoming involved in the Yugoslav Wars, he claimed responsibility for the September 11th Attacks of 2001.

Osama spent the next period of his life being pursued by various government agencies, including the FBI and the CIA. Very little is known about his activities following the September 11th Attacks.

Osama bin Laden inherited a fortune worth between $25 million and $30 million from his late father, Mohammed bin Laden. Although Mohammed came from a poor family, he eventually started his own construction business and became connected with the royal family of Saudi Arabia. Through shrewd business practices, unwavering loyalty to the Saudi monarchs, and the willingness to place the lowest bid on development contracts, Mohammed became "the royal builder" of Saudi Arabia.

Eventually, Mohammed became incredibly wealthy. At one point, he was the richest non-royal individual in the country. After Prince Faisal issued a royal decree that all future construction projects be handled by bin Laden's construction company, Mohammed's wealth skyrocketed to $5 billion. 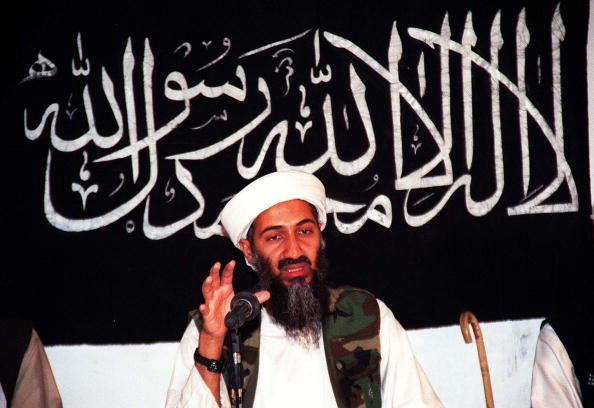 Ties to the Bush Family

Questions have been raised about the connections between the bin Ladens and the Bushes. In 1977, George W. Bush started a Texas-based oil and gas exploration firm called Arbusto Energy. In 1978, Salem bin Laden (Osama's brother and the eldest son of Mohammed) invested in the company through a representative called James R. Bath. Many other members of the bin Laden family invested six-figure sums into the Carlyle Group, a private global equity firm. George Bush Senior acted as the senior adviser for this equity firm. Bush Senior later stepped down from this role when the bin Laden connection was revealed.

On the day of the September 11th Attacks, Bush Senior and former secretary of state James Baker joined other representatives of the Carlyle Group in a meeting with Shafiq bin Laden, another one of Osama's brothers. When news of the attacks spread, all flights within the United States were halted. But one exception was made: the White House mobilized a number of planes to pick up members of the bin Laden family and get them out of the United States – without ever detaining them or interrogating them.

After the 1998 US embassy bombings, Osama bin Laden was placed on the FBI's lists of Ten Most Wanted Fugitives and Most Wanted Terrorists. Eventually, he became a major target of the War on Terror, and the FBI placed a bounty worth $25 million on him.

In 2011, members of the Obama administration announced that a special forces team had successfully located and killed Osama bin Laden in a raid at a compound in Pakistan.

The nature of Osama's death led many to voice numerous doubts about the validity of the "official story." Many were skeptical about the US military's decision to bury Osama at sea and their failure to release any photographic or DNA evidence to the public that would support Osama's death. In addition, the official narrative about how the raid happened seemed to change depending on which person was telling it. Finally, there was a 25-minute blackout during the raid that wiped out the live feed from helmet-mounted cameras worn by US special forces operatives.

Two days after his alleged death, the Obama administration announced that no images of bin Laden's dead body would ever be released to the public. Subsequent attempts by various organizations to analyze proof of Osama's death through the Freedom of Information Act have all been denied. In 2012, a US federal judge ruled that the Department of Defense did not need to reveal any of this evidence to the public ever.

Senior Pakistani officials have long argued that no raid ever took place. Some of these officials have argued that bin Laden died long before the 2011 raid and that the US government knew of Osama's prior death all along. As early as 2002, top FBI official Dale Watson stated "I personally think Osama bin Laden is probably not with us anymore."