The Sultan was born in Salalah, Oman in November 1940. He was the only son of parents Sultan Said bin Taimur and princess Mazoon al-Mashani. He graduated from the Royal Military Academy Sandhurst and joined the British Army with the 1st Batallion, The Cameronians. Qaboos overthrew his father in a coup and acceded to the throne in July 1970. Qaboos declared that the country would change its name from Muscat and Oman to the Sultanate of Oman. He established an absolute monarchy system. He often toured the country to let citizens appeal to him in person. He pledged greater openness and participation, allowing parliamentary elections in which women can vote. He was presented with the International Peace Award by the National Council on US-Arab Relations in 1998. He is a big fan of classical music and has a 120 member orchestra. He was previously married to his cousin. 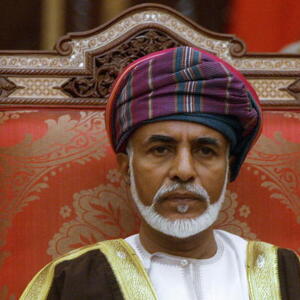