Sultan of Brunei Net Worth

💰 Compare Sultan of Brunei's Net Worth

What is the Sultan of Brunei's net worth?

The Sultan of Brunei, also known as Hassanal Bolkiah Mu'izzaddin Waddaulah, has a net worth of $30 billion. He is the 29th and current Sultan and Yang di-Pertuan of Brunei, as well as the Prime Minister of Brunei. After Queen Elizabeth II, the sultan is the second longest-reigning monarch in history. With his honorary titles, net worth, and astonishing power and control, Bolkiah has made his mark on history, as well as made us all jealous of his lavish and unique lifestyle.

Bolkiah became the Sultan of Brunei (a tiny sultanate on the island of Borneo) Darussalam when he was just 15 years old, on October 5, 1967, after his father abdicated the throne. When Bolkiah took over from his father, Brunei was already ridiculously wealthy thanks to its rich oil resources.

He was coronated on August 1, 1968 and was made Head of State of Brunei and knighted by Queen Elizabeth II of the United Kingdom. As Sultan, he has complete and total authority. As if that wasn't satisfying enough, he is the Prime Minister of Brunei and head of government as well. He also holds the positions of both Minister of Defence and Minister of Finance. As Minister of Defence, he is therefore the Supreme Commander of the Royal Brunei Armond Forces and an Honorary General in the British and Indonesian armed forces and an Honorary Admiral in the Royal Navy. The sultan also appointed himself as Inspector General of Police (IGP) of the Royal Brunei Police Force. Incidentally, he also has many honorary doctorates from universities, including the National University of Singapore, and the University of Oxford, England, UK.

In 1991, he introduced a conservative ideology to Brunei called Melayu Islam Beraja, which presents the monarchy as the defender of the faith. He favors Brunei government democratization and has declared himself President. In 2004, he reopened the Legislative Council, which had been dissolved since 1962. Bolkiah is Head of Religion and Islam is the official religion of the country. Mosques, prayer halls, and stations were built across the country under his rule. The sultan ruled that Islamic celebrations such as Early Years Celebration Prophet's birthday, Isra and Miraj, and Nuzul Al Quran are to be celebrated on a large scale and that prayers are obligatory on Fridays. In 2014, Bolkiah advocated the adoption of Islamic sharia penalties including that adultery is punishable with death by stoning. Hassanal Bolkiah also banned celebrations of Christmas in 2015, including wearing any item of clothing that resembled Santa Claus. However, the ban only affects local Muslims, and Christians are still allowed to celebrate Christmas. He also put in place a ban on Christmas decorations in public places. 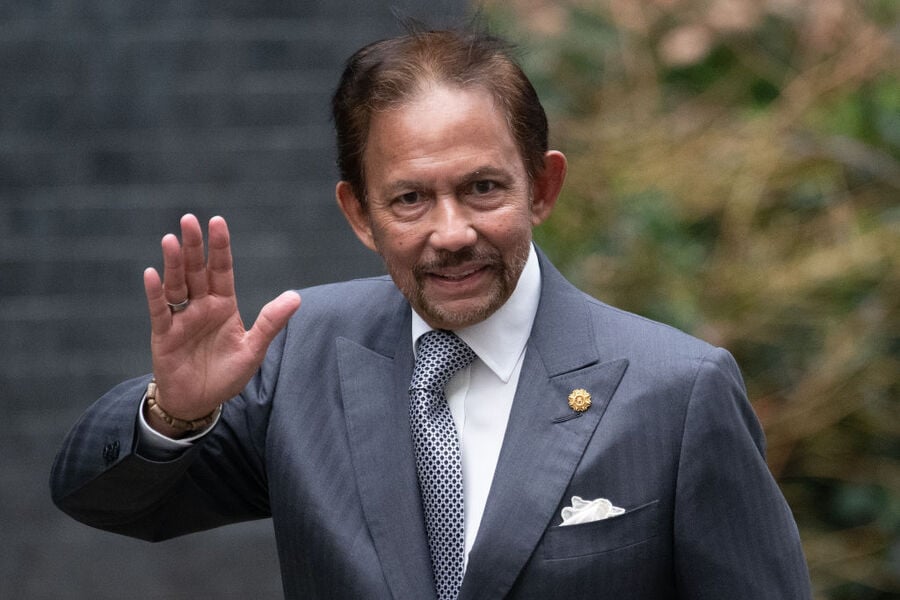 In 2019, homosexuality, already illegal in Brunei, also became a crime punishable with death by stoning in legislation spearheaded by the Prime Minister. This sparked international protests and boycotts of numerous companies owned by the Brunei Royal Family, most notably the Dorchester Collection, a group of popular hotels owned in the US and Europe by the sultan. Celebrities like George Clooney, Elton John, and Ellen DeGeneres publicly called for a boycott of all hotels associated with the sultan. In protest, a U.S national LGBT advocacy organization called the Gill Action Fund canceled its reservation to hold a conference of major donors at the Beverly Hills Hotel and demanded a refund of its deposit. Major names in fashion design such as Brian Atwood and Peter Som called for wider protests, urging the fashion industry to boycott all hotels owned by the Dorchester group. In January 2013, the Royal College of General Practitioners designated the sultan the first Companion for the college for services to healthcare in Brunei and abroad. But in light of the anti-LGBT legislation, RCGP withdrew this honor.

The Sultan of Brunei owns the following hotels through a holding company called the Dorchester Collection which is owned by the "Brunei Investment Agency". Hotels in his collection include:

Apart from essentially running Brunei, Bolkiah makes time to focus on his collection of automobiles. It has been reported that Bolkiah owns anywhere from at least 3,000 – 6,000 cars, including a gold-coated Rolls-Royce. He prefers unique cars to the run of the mill, and is constantly looking for something new. It is considered the largest and most valuable private car collection on earth. The total value of the collection is estimated at $5 billion. His collection includes: 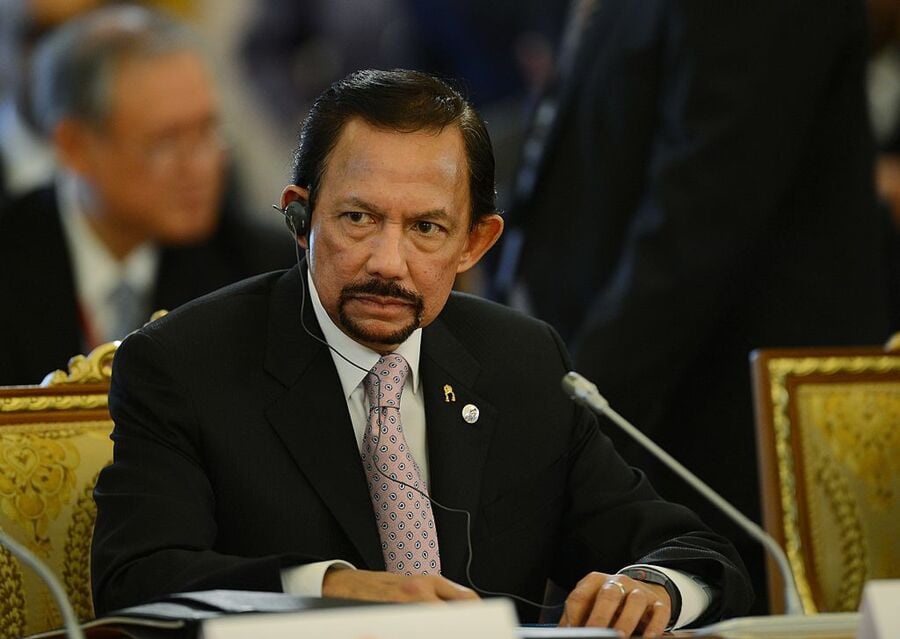 Bolkiah also has a Boeing 747 for his own use, as well as a theme park called Jerudong Park. He constructed a 1,788 room palace, the largest private home in the world, and a private zoo that holds 30 Bengal tigers. The palace also has an extensive polo complex. For his 50th birthday, the sultan hired Michael Jackson to perform at his private party. The sultan's 12 children also have a propensity for lavish spending, with one of his sons Prince Azim reportedly flew jewelry to Mariah Carey via private jet.

The sultan is known for some familial conflicts, particularly with his brother, Prince Jefri Bolkiah, who is known as the "Playboy Prince." The two were involved in an intense legal argument which was eventually settled in 2006. The sultan's first wife was his first cousin, Pengiran Anak Saleha. His second wife was Mariam Abdul Aziz. They divorced in 2003 and she was stripped of all her royal titles. In August 2005, he married Azrinaz Mazhar Hakim, who was 33 years his junior. They divorced in 2010 and she was also stripped of all titles, honors, and allowances. The sultan has 12 children from his three former wives and 18 grandchildren.