What is Sarah Ferguson's net worth?

Sarah Ferguson, also known as Sarah, Duchess of York, is a British Royal figure who has a net worth of $1 million. Sarah Ferguson's nickname is Fergie. She was married to Prince Andrew, son of the Queen Elizabeth of England, from 1986 to 1996. They have two daughters together, Princesses Beatrice and Eugenie.

She was born Sarah Margaret Ferguson on October 15, 1959 at London Welbeck Hospital. Her parents, Major Ronald Ferguson and Susan Wright, divorced in 1974. Her mother married polo player Hector Barrantes in 1975 and relocated to Argentina while Sarah remained with her father at their home in Dummer, Hampshire. Her father married Susan Deptford in 1976 and had three more children. Fergie is a descendant of King Charles II of England via three of his illegitimate children. Sarah and her former husband Prince Andrew are distantly related as they are both descended from the Duke of Devonshire and King James VI and I. Sarah attended Hurst Lodge School where she didn't thrive academically but showed immense talent in swimming and tennis. After finishing a course at Queen's Secretarial College at the age of 18, Ferguson went to work for an art gallery. She later worked in two public relationships firms in London and for a publishing company. During her youth, she dated Paddy McNally, a motor racing manager 22 years her senior.

Prince Andrew, at the time fourth in line to the throne, and Sarah Ferguson announced their engagement on March 19, 1986. They had known each other since childhood and had met at polo matches. They had become reacquainted in 1985 at the Royal Ascot race. Prior to their engagement, Ferguson had accompanied Princess Diana on her official tour of Andrew's ship, the HMS Brazen. With her friendly and down-to-earth approach, "Fergie" was seen by the public as a good addition to the royal family. Prince Andrew designed the engagement ring himself, consisting of ten diamonds surrounding a Burmese ruby. They were married in Westminster Abbey on July 23, 1986, after securing the Queen's permission. Sarah assumed her husband's royal status and officially took on the title "Her Royal Highness The Duchess of York." As Duchess of York, she joined her husband in carrying out royal engagements and official overseas visits. In 1987, the Duke and Duchess embarked on a 25-day tour of Canada. In February of that year, Ferguson earned her private pilot's license after passing a 40-hour training that was gifted to her by Lord Hanson as a wedding gift.

During a trip to New York for a fundraising event on January 22, 1988. The Duchess was attacked by a young man at the entrance of her hotel. The attacker was screaming "murderers 3/8" and had the Irish Republican Army flag in his hands when he rushed at Sarah, was "charged with attempted assault on the Duchess and assault on a federal agent". She was unharmed in the incident.

The couple became parents on August 8, 1988 with the birth of their daughter Beatrice. Sarah joined her husband in Australia the next month for an official visit. Her decision to leave her newborn daughter at home in the UK while she was touring the country brought negative attention and criticism from the press and media. Their second daughter, Eugenie, was born in March 1990. During her marriage, tabloids mocked and ridiculed the Duchess after a weight gain and gave her the cruel nickname "Duchess of Pork." Fergie later discussed the negative effect of the press stories about her weight on her self-esteem and added that they made her eating disorder worse. 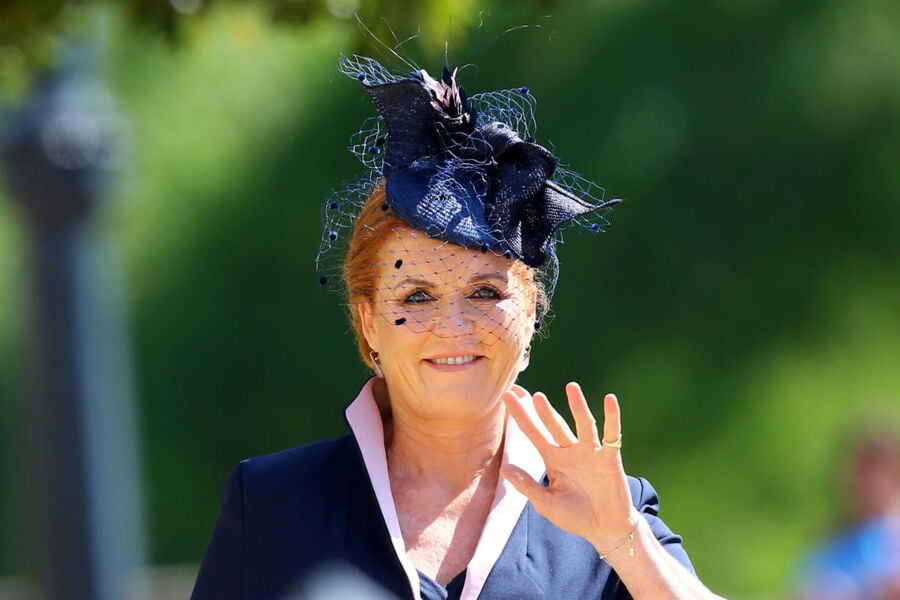 Her marriage to Andrew was rocky. There were rumors of extramarital affairs by both Sarah and Andrew within just a few years of being together. They first announced their separation in 1992. In August of 1992, years before the marriage was legally over, Sarah was photographed by paparazzi in Saint Tropez cavorting with a boyfriend with her Royal bodyguards and young daughters a few feet away. After four years of official separation, Sarah and Prince Andrew decided to divorce in 1996.

The embarrassment that resulted from those paparazzi photos enraged Queen Elizabeth who reportedly turned a cold shoulder to her once-favored daughter-in-law. Unlike Princess Diana who was given a roughly $24 million divorce settlement around the same time, Fergie was given a relative pittance. In the end, Sarah reportedly received around $900,000 to go towards buying a new house, $600,000 in cash and a small portion of Andrew's military pension.

In 2009 her company, Hartmoor, was forced to shut down after drowning in $1.1 million worth of debt. In 2010 she narrowly avoided personal bankruptcy after finding herself $3 – 9 million in debt. That same year, she was embroiled in a scandal involving "pay for access" to the royal family. She was videotaped by an undercover News of the World reporter who was posing as an Indian businessman saying, "£500,000 when you can, to me, open doors." Essentially, she was promising to get the businessman access to members of the royal family, for a large fee. The resulting scandal created a great deal of controversy. That same year it was revealed that she owed hundreds of thousands of dollars in unpaid legal fees. Later that year, she appeared on the reality series on Oprah Winfrey's television network "Finding Sarah." It followed her journey to "finding herself."

Since her marriage to Prince Andrew and continuing after her divorce, Fergie has been involved with numerous charities. She is a patron of the Teenage Cancer Trust and has since opened most of the charity's various units in different hospitals around London. She is also a patron of the Motor Neurone Disease Association. In 1993, she founded Children in Crisis, for which she serves as both found and life president. She launched her own charity in the U.S., Chances for Children. She is a global ambassador for Ronald McDonald House Charities and established the Sarah Ferguson Foundation, based in Toronto. In June 2020, Sarah launched her new charitable foundation called Sarah's Trust, which provides aid for the NHS, care home, and hospice staff by delivering items like food, masks, scrubs, and toiletries.

She was not invited to the 1999 wedding of Prince Edward and Sophie Rhys-Jones nor the 2011 wedding of Prince William and Kate Middleton, but she did attend the wedding of Prince Harry and Meghan Markle in 2018, however, she was reportedly "deeply upset" not to receive an invitation to the evening reception at Frogmore House hosted by Prince Charles. 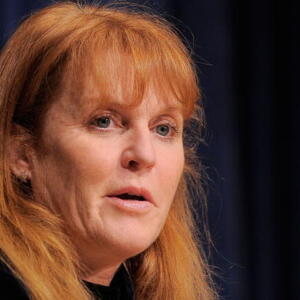