What is Salman bin Abdulaziz Al Saud's Net Worth?

Salman bin Abdulaziz Al Saud is the current King of Saudi Arabia. As of this writing he has a net worth of $20 billion. He became King in January 2015. Prior to becoming King, Salman served as Governor of Riyadh Province from February 1963 to November 2011.

Salman was born on December 31, 1935. He is the 25th son of King Abdulaziz, the first monarch and founder of Saudi Arabia. He was raised in the Marabba Palace and received his early education at the Princes' School in the capital city of Riyadh. The school was established by his father specifically to provide education for his children. He studied religion and modern science there. When he was 19 years old, he was appointed the deputy governor of Riyadh Province, a post which he held for about a year. He was appointed the provincial governor in 1963, an office which he retained until 2011.

In 2011, Salman was appointed the Second Deputy Prime Minister, replacing his brother Crown Prince Sultan who had fallen ill. A year later, he was appointed the Crown Prince of Saudi Arabia and made the First Deputy Prime Minister. In 2013, he launched a Twitter account and also served as the head of state while King Abdullah was out of the country. It was clear at this point that he was being groomed to take over the throne in Saudi Arabia. He officially inherited the throne in 2015 at the age of 79 after the death of his half-brother, Abdullah.

One of his first goals as King was to streamline the government bureaucracy, which he did be consolidating the eleven government secretariats down to two – the Council of Political and Security Affairs and the Council for Economic and Development Affairs. He also reshuffled a number of members of the cabinet in an effort to make the government more organized and efficient.

In March of 2015, he also ordered the bombing of Yemen and military intervention against the Shia Houthis. He did so by first organizing a coalition of ten Sunni Muslim countries and then naming the mission Operation Decisive Storm, the first Saudi airstrikes since 1991. Direct war crimes were committed during the conflict and organizations like Human Rights Watch have reported that Saudi Arabia was in violation of the laws of war. 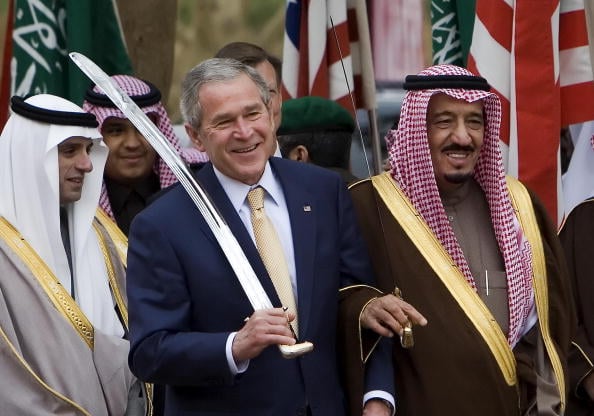 Partially in response, King Salman created the Center for Relief and Humanitarian Aid (KSRelief) in order to deliver aid to victims of civil war and natural disaster. The organization worked with the United Nations as well as other relief agencies. Some of its efforts focused to support the people of Yemen include vocational training programs for women and providing prosthetic limbs for Yemeni citizens wounded in the war. However, in general, King Salman has still be heavily criticized for the various human rights abuses that have gone unchecked during his reign, despite some of his efforts at reform.

King Salman also holds wide influence in the Arab world in general, as he and his family own various media companies and groups that are prominent throughout Saudi Arabia and other countries in the Middle East. King Salman has been described as holding traditional views regarding social and political reform. He has opposed full democracy in Saudi Arabia, citing the country's history and the existence of multiple tribes and regions in the country which would make it hard to have cohesive political parties.

In 2018, King Salman worked on implementing labor and religion reforms by replacing the labor and Islamic affairs ministers. He also established the Ministry of Culture at this time, which was charged with delivering Saudi Vision 2030, an initiative for the development of Saudi Arabia in the coming decades. Additionally, he created the Council of Royal Reserves, a council that is in charge of working on various environmental protections.

In June of 2017, King Salman replaced his nephew, Muhammad bin Nayef, with his son, Mohammed bin Salman, as the new Crown Prince. Since around that time, his son has been described as the real power behind the throne and is Saudi Arabia's de facto leader.

Salman married three times and has had thirteen children. His first wife was Sultana bint Turki Al Sudairi, his first cousin, and they married in 1954 and had six children together. His first wife died in July of 2011. Two of their children have since died – his eldest son, Fahd bin Salman, died of heart failure in 2001, and his third son, Ahmad bin Salman, died of a heart attack in 2002.

Salman's second wife is Sarah bint Faisal Al Subai'ai. The couple only had one son, Prince Saud. He then had six sons with his third wife, Fahda bint Falah Al Hithlain.

Salman has had a number of health issues throughout the latter part of his life. In 2010, he underwent spinal surgery in the United States and has also suffered a stroke that has left his left arm less functional. He suffers from some mild dementia, specifically Alzheimer's. He also underwent gallbladder surgery in 2020. 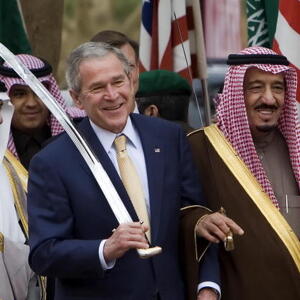