Queen Rania of Jordan Net Worth

Queen Rania net worth: Queen Rania is a Jordanian Queen who has a net worth of $35 million dollars. Queen Rania, also known as Rania Al Abdullah, was born in Kuwait City, Kuwait, and is the Queen consort of Jordan. She graduated from the American University in Cairo with a degree in Business Administration. She then went on to work for Citibank and then Apple, Inc. She met her future husband, Prince Abdullah bin Al-Hussein in 1993, and they were married later that year. They have four children together. During her reign, Queen Rania has been primarily focused on educational and health related initiatives and organizations, including founding an orphans' fund in 2003. She has also partnered with multiple universities in order to provide scholarships to students from Jordan who planned to finish their educations abroad, and has served as a teacher. UNICEF and other global organizations have recognized her for her commitment to education and youth development. 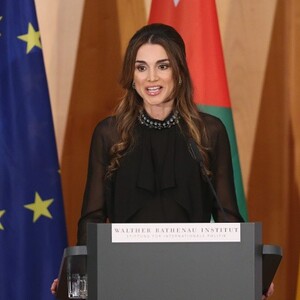