Queen Beatrix net worth: Queen Beatrix is the former Queen of the Netherlands and has a net worth of $200 million dollars. Beatrix Wilhelmina Armgard was born in Soestdijk Palace, Baarn, Netherlands in January 1938. She was the first child of Prince Bernhard of Lippe-Biesterfeld and Princess Juliana of the Netherlands. She studied at Leiden University where she obtained a law degree in 1961.

Her marriage to German aristocrat Claus von Amsberg in 1966 caused massive protests. Beatrix became the monarch when her mother abdicated the throne in April 1980. In 2009 the Queen and her family were targeted in a car attack. Eight people including the attacker were killed. Under Beatrix Aruba seceded from the Netherlands and the Netherlands Antilles were formally dissolved, while new municipalities Bonaire, Sint Eustatius, Saba, Curacao, and Sint Maarten were established. Beatrix abdicated her thrown in April 2013 to her eldest son Willem-Alexander. At the time she was the oldest reigning monarch of the Netherlands. Beatrix and Prince Claus had three sons, Willem-Alexander, Constantijn, and Johan Frisco, who passed way in 2013. Her husband Prince Claus passed away in 2002. Her official title is now Her Royal Highness Princess Beatrix of the Netherlands, Princess of Orange-Nassau, Prince of Lippe-Biesterfeld. 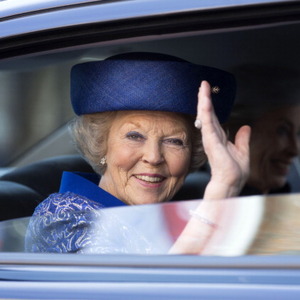 Beatrix of the Netherlands