Born in Salalah, Dhofar, Oman on November 18, 1940, Sultan Said held power since overthrowing his father in 1970. He was the fourteenth descendant of the Al Bu Sa'idi dynasty and was loyal to Ibadi Islam. He was educated in Salahlah and Pune under the teachings of Shankar Dayal Sharma. He was a member of the British Army with whom he held a staff appointment. He studied Islam, local government, and the history of Oman. Qaboos reigned in absolute monarchy, however he did allow parliamentary elections, which showcased a more open-minded approach to such a form of government. Qaboos received the International Peace Award by the National Council on US-Arab Relations and in 1979 made Oman the only Arab state to accept and honor Egypt's peace agreement with Israel. He made Oman a neutral state, conducting foreign business with both Iran and the US.

He was an avid fan of classical music and maintained a prestigious orchestra that is well known in the Middle East. The orchestra is comprised of Omani children who join at an early age and grow up to perform in the symphonic ensemble. His birthday is recognized as Oman's national holiday, and his first day in power is recognized as Renaissance Day. He married his cousin, Kamila, in 1976, however they divorced shortly after, and Qaboos never remarried. 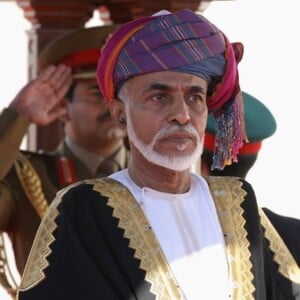