She is the second child of her parents and the sixth grandchild of Queen Elizabeth II and Prince Philip, Duke of Edinburgh. Her parents divorced when she was six years old and at 12 she underwent back surgery to correct scoliosis. She graduated from Newcastle University and spent a year in New York City working for online auction firm Paddle8. Eugenie moved back to London in 2015 to work for Hauser & Wirth art gallery and later became director in 2017. She was married to Jack Brooksbank in 2018. Her official title since 1990 is Her Royal Highness Princess Eugenie of York. 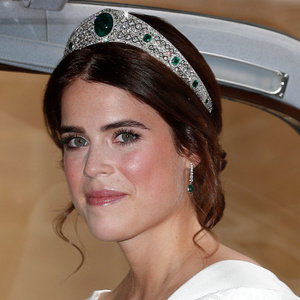