Princess Beatrice net worth: Princess Beatrice is a member of the British royal family who has a net worth of $1 million. Princess Beatrice is the daughter of Prince Andrew, Duke of York and Sarah, Duchess of York. Prince Andrew is the third child of Queen Elizabeth II and Prince Philip. Prince Charles is Andrew's older brother. Beatrice was born on August 8, 1988 at Portland Hospital in London. She attended the Upton House School in Windsor followed by Coworth Park, St George's Schooand Goldsmiths College. She has dedicated much of her life to charity work and philanthropy. She has worked with organizations such as the Teenage Cancer Trust and Springboard for Children. She's also done some good on a more individual basis; visiting children in Russia infected with HIV, and raised money for Children in Crisis. In addition to her charity work, Beatrice also has a couple of interesting distinctions within the Royal family. For instance, she is the first member of the Royal family to appear in a movie other than documentaries, having been seen in a non speaking role as an extra in 2009's "The Young Victoria", a film that happens to be about Queen Victoria, Beatrice's fourth great grandmother. She is also the first member of the Royal family to run in the London Marathon. It isn't known for sure what Beatrice will do with her life from here – one publicly announced plan is to start a fashion label, while others have speculated that she will go into show business on a more legitimate basis – but it's a safe bet that she will bring a healthy sense of charity and humility to her work. 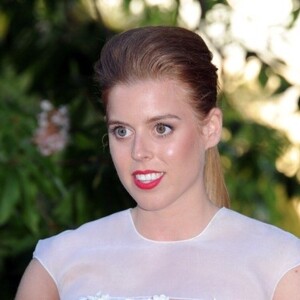