Prince of Liechtenstein Net Worth

The Prince of Liechtenstein (Johannes Adam Ferdinand Alois Josef Maria Marko d'Aviano Pius von und zu Liechtenstein) has reigned for over 25 years. Hans-Adam is fluent in German, French, English, and Italian, and has almost completely unchecked power over his country.

Johannes Adam Ferdinand Alois Josef Maria Marko d'Aviano Pius was born in Zurich, Switzerland in February 1945. His parents are Franz Joseph II and Countess Georgina von Wilczek. The Prince also holds the titles Duke of Troppau, Jagerndorf, and Count Rietberg. The Prince graduated with the equivalent to a Master's degree in Business and Economic Studies in 1969. Hans-Adam II became Prince in 1989. In 2004 he turned the day-to-day government decision making powers over to his eldest son Prince Alois. Hans-Adam II is still legally the Head of State. The Prince owns the LGT banking group.

Hans-Adam is Europe's wealthiest monarch and one of the world's richest heads of state. He also owns an art collection that is largely on display at Liechtenstein Museum in Vienna. He speaks German, English, and French. He married Countess Marie Algae Kinsky von Wchinitz und Tettau, his second cousin once-removed, in 1967. They have four children and 15 grandchildren. 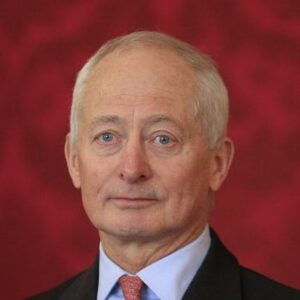