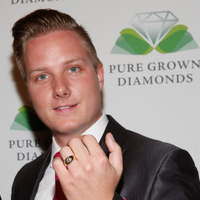 Prince Ferdinand Von Anhalt net worth: Prinz Maximilian Ferdinand Leopold Von Anhalt of Germany is an international socialite who has a net worth of $10 million. Prince Ferdinand Von Anhalt is the fifth adopted son of Prinz Frederic von Anhalt and the stepson of Zsa Zsa Gabor. He is known for sometimes being in the middle of PR stunts, including marrying a former "Bachelor" contestant, Kandidation Sissi in 2013, the wedding took place in the United States. He was born on February 19, 1984 and attended the University of Göttingen. During the time of his studies, he was active in the Young Union. His adopted father, the controversial Prinz Frederic Von Anhalt, noted that Prinz Ferdinand was his first adopted son with manners, class, and a respectable profession. In 2014, he appeared on the hit Bravo reality television series, "Millionaire Matchmaker" with Patti Stanger where he faced his issues with dating and relationships head on.