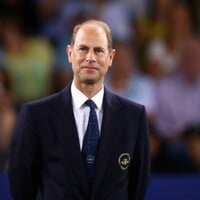 What is Prince Edward's Net Worth?

Prince Edward, Earl of Wessex is the youngest child of Queen Elizabeth II and Prince Philip, Duke of Edinburgh. Prince Edward has a net worth of $10 million. Upon his mother's death in September 2022 Prince Edward became the 12th in the line of succession to the throne. For much of his life he was third in line behind older his older brothers Prince Andrew and Prince Charles. He dropped several rungs in the succession line when Charles had children and eventually grandchildren.

Following university and a brief stint in the Royal Marines, he worked as an assistant in theater and television production, and formed his own company called Ardent Productions. In 2002, Edward stepped down from the company to begin full-time duties as part of the royal family.

Prince Edward was born as Edward Antony Richard Louis on March 10, 1964 in London's Buckingham Palace. He is the third son and the fourth and youngest child of Queen Elizabeth II and Prince Philip; his siblings are Charles, Anne, and Andrew. As a child, Edward went to Gibbs School, now called Collingham College, and then to Heatherdown School in Berkshire. Like his father and older brothers, he then went on to attend Gordonstoun School in Scotland, where he earned his A-levels. After graduating, Edward spent a gap year abroad teaching at Wanganui Collegiate School in New Zealand. Upon returning to the UK, he enrolled at the University of Cambridge's Jesus College, from which he graduated in 1986 with a BA in history.

After college, Edward joined the Royal Marines. However, in early 1987, he dropped out of his commando course after having completed only a third of the year-long training. Reportedly, this caused Prince Philip, at the time Captain General Royal Marines, to become very angry and lambaste his son.

Edward decided to pursue a career in entertainment after leaving the Royal Marines. His first major gig was commissioning the 1986 Andrew Lloyd Webber and Tim Rice musical "Cricket" for his mother's 60th birthday celebration. This resulted in a job offer at Lloyd Webber's Really Useful Theatre Company, where Edward worked as a production assistant on a number of major musicals.

Beyond theater, Edward had his first foray into television production with "The Grand Knockout Tournament," a one-off charity event he sponsored in 1987. Later, in 1993, he formed his own television company called Ardent Productions, which was involved in producing several dramas and documentaries. However, Edward received much criticism from the media for using his royal connections for his own financial gain. In Britain, Ardent Productions was seen as something of a joke, characterized by a lack of professionalism and television content that was completely out of touch with modern times. After reporting losses in nearly every year of operation, Edward stepped down from Ardent in 2002; the company was eventually dissolved in 2009. 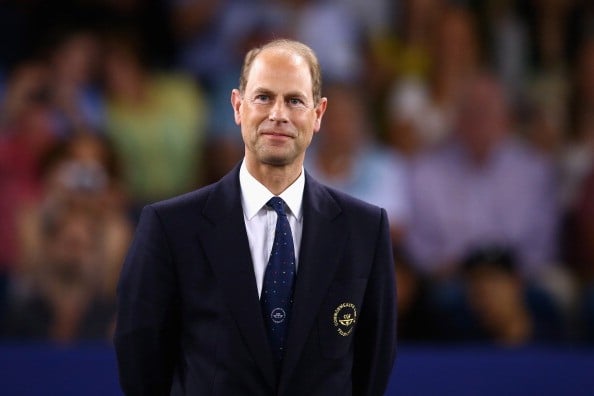 Activities in the Royal Family

Alongside the Countess of Wessex, Edward established the Wessex Youth Trust in 1999. The foundation, now called the Earl and Countess of Wessex Charitable Trust, focuses on supporting and advancing registered charities that provide opportunities to youth around the world. Additionally, Edward holds patronage with more than 70 charities and organizations, including the British Paralympic Association, the National Youth Theatre, the Commonwealth Games Federation, and the Royal Birmingham Conservatoire. Many of his duties are ones he took over from his father, such as chairing the International Council of the Duke of Edinburgh's Award program. In this position, Edward has traveled around the globe to recognize the achievements of teenagers and young adults. He has visited such places as Israel, Bahrain, the Caribbean, South Africa, Chile, Sri Lanka, Ghana, and Australia, among many others.

For the 2014 calendar year, Edward was appointed Lord High Commissioner to the General Assembly of the Church of Scotland. Among his other roles, he and the Countess of Wessex represented the Queen at the 50th Anniversary Celebrations of Sultan Hassanal Bolkiah's Accession to the Throne of Brunei in 2017.

As a royal, Edward has been the recipient of numerous honors during his life. His first, the Queen Elizabeth II Silver Jubilee Medal, was awarded in 1977 when he was 12 years of age. The next, the New Zealand Commemorative Medal, came in 1990. Edward received the Queen Elizabeth II Golden Jubilee Medal in 2002. Three years later, he was honored with the Honorary Member of the Saskatchewan Order of Merit and the Commemorative Medal for the Centennial of Saskatchewan. Edward's other honors have included Royal Knight of the Most Noble Order of the Garter; Knight Grand Cross of the Royal Victorian Order; and the Canadian Forces' Decoration.

In 1994, Edward met PR executive Sophie Rhys-Jones. Five years later, they announced their engagement, and shortly after got married at St. George's Chapel at Windsor Castle. This was in significant contrast to the weddings of Edward's older brothers, who had large formal events at St. Paul's Cathedral and Westminster Abbey. With his wife, Edward has two children: Lady Louise Mountbatten-Windsor and James Mountbatten-Windsor. The Earl and Countess reside at Bagshot Park in Surrey, while their office and official London residence are at Buckingham Palace.