What Was Prince Azim's Net Worth?

Prince Azim was born Prince Haji 'Abdul 'Azim of Brunei on July 29, 1982, in Bandar Seri Begawan, Brunei. He was the second child of Sultan Hassanal Bolkiah, the Sultan of Brunei, and Pengiran Isteri Hajah Mariam. Prince Azim attended International School Brunei, Raffles Institution in Singapore, and Oxford Brookes University in England. In 2008, he was sent to the Royal Military Academy Sandhurst in England for a nine-month officer training course, but he dropped out after the first week. 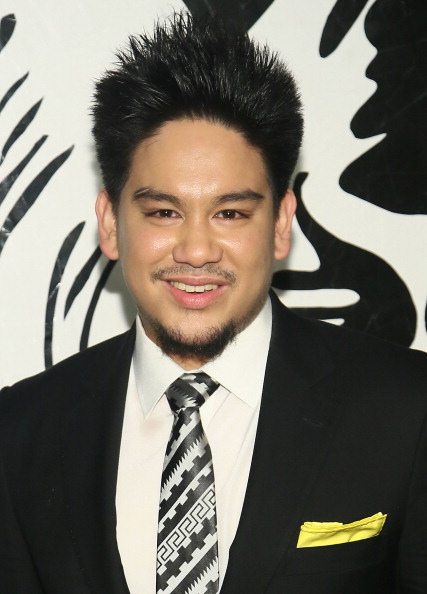 Prince Azim was a patron of the Make A Wish Foundation UK, and when he designed MCM unisex weekend bags in 2009, the proceeds were donated to the charity. In 2011, he spoke at a musical charity gala that featured performers with autism, stating, "Treat them with respect, as you would to any of your family members, and as you would to any other person." Two years later, Prince Azim attended the opening of the 2nd ASEAN Autism Network Congress and encouraged authorities to support Individuals With Autism (IWA), adding, "We want to make our communities more IWA friendly, whether in terms of spreading a better understanding of the needs of these special individuals or in looking at ways in which we can integrate them better into society and give them brighter futures." Prince Azim also advocated for the arts and donated to charities dedicated to youth and the disabled.

In 2014, Prince Azim executive produced the Hilary Swank film "You're Not You" with Daryl Prince Productions, then in 2015, he produced the Charlize Theron mystery "Dark Places," which was based on the 2009 Gillian Flynn novel of the same name. Prince Azim executive produced 2016's "Wild Oats," which starred Shirley MacLaine, Jessica Lange, and Demi Moore, then he produced the 2017 Joan Collins comedy "The Time of Their Lives." In 2018, he executive produced the Oscar Wilde biopic "The Happy Prince," which won awards from the Bavarian Film Awards, London Critics Circle Film Awards, National Film Awards (UK), Premio Berenice, and Satellite Awards. The film was written and directed by Rupert Everett, who also played Wilde in the movie. The last film Prince Azim produced was the 2018 drama "Hellbent," which starred Martin Henderson, Isabelle Fuhrman, Kimberly Elise, and Johnathon Schaech.

In April 2019, blogger Perez Hilton outed Prince Azim as gay after the Sultan of Brunei introduced Sharia law, which called for the death penalty for homosexuals. The prince responded, "I don't mind you posting things and 'outing' me. It's just the words you used probably hurt a few people in the community. I don't mind being the brunt of your burden, or the point you'd like to prove. But I would rather it be consequential… PLEASE – if you use me as an example, make it count." Prince Azim was known for throwing star-studded parties, such as the 2009 "Party of the Year," which was attended by stars such as Janet Jackson, Mariah Carey, Sophia Loren, and Faye Dunaway. In 2012, he threw a huge bash for his 30th birthday at London's Dorchester Hotel, and his guests included Pamela Anderson, Raquel Welch, Marisa Tomei, and Jerry Hall.

On October 24, 2020, Prince Azim died at the Jerudong Park Medical Centre at the age of 38. His death came after a long battle with an undisclosed illness, and the Brunei government announced a seven-day mourning period and ordered national flags to be flown at half-mast. The Sultan of Johor also ordered state flags be lowered to half-mast in the prince's honor. Upon the news of Prince Azim's death, Lee Hsien Loong, the Prime Minister of Singapore, stated that he "was known for his kind and generous spirit, and for his dedication to charitable, educational, and youth causes." Singaporean president Halimah Yacob also shared his condolences, writing in a public letter, "He will be remembered for his passion for the arts and kindness to the needy."

Prince Azim was interred at the Royal Mausoleum in Bandar Seri Begawan next to his grandfather, Sultan Omar Ali Saifuddien III. The Brunei Royal Family, cabinet ministers, and state dignitaries attended his funeral. A few days after Prince Azim's death, his brother Prince Mateen revealed his cause of death on Instagram, writing, "Earlier this year, my brother was diagnosed with severe systemic vasculitis, which is an auto immune disease…. At the same time, he was also coping with bipolar disorder which made the fight harder. Eventually, my brother succumbed to multiple organ failure caused by persistent infections, due to the auto immune disease."