What is Prince Alwaleed Bin Talal Alsaud's Net Worth?

Prince Alwaleed Bin Talal Alsaud is a Saudi business magnate, investor and philanthropist who has a net worth of $17 billion. He is a member of the Saudi royal family and was listed as one of Time magazine's Time 100, an annual list of the hundred most influential people in the world in 2008. Waleed is the nephew of the late Saudi King Abdullah, the grandson of Ibn Saud, the first Saudi king, and the grandson of Riad Al Solh, Lebanon's first Prime Minister.

Al-Waleed is the founder, CEO and 95 percent-owner of the Kingdom Holding Company, a Forbes Global 2000 company with investments in companies within various sectors such as banking and financial services, hotels and hotel management companies, mass media, entertainment, retail, agriculture, petrochemicals, aviation, technology and real estate. Al Waleed has owned major stakes in a number of public companies including Citigroup, News Corporation and Twitter. He owns Paris' Four Seasons Hotel George V as well as part of Plaza Hotel.

At his all-time peak in roughly 2014, Prince Alwaleed was one of the 10 richest people in the world with a net worth of $36 billion.

Al-Waleed was born into the royal family on March 7, 1955. His father, Prince Talal bin Abdul-Aziz, was known as The Red Prince and served as Saudi Arabia's finance minister before he was exiled because he advocated for political reform. His mother was Mona Al Solh, the daughter of Lebanon's first prime minister. After remaining married for seven years, Al Waleed's parents separated and he went to live with his mother in Lebanon.

He attended a number of schools both in Lebanon and Saudi Arabia during his early life. He attended Pinewood College in Beirut, Lebanon before attending the King Abdul Aziz Military Academy in Riyadh. He then returned to Lebanon to attend the Manor School before moving to the United States, where he enrolled in Menlo College in 1979. From there, he received his bachelor's degree in business administration before enrolling at Syracuse University and earned a master's degree in social science in 1985.

Al-Waleed has been involved in a wide array of business ventures, all of which began in 1980 after he completed his bachelor's degree. With the help of some start-up money from his father, Al-Waleed formed Kingdom Establishment. He then took out a loan of $300,000 from the Saudi American Bank to keep the business afloat before experiencing his first business success in 1982 after partnering with a South Korean construction company, which helped him earn enough money to begin investing in real estate and the stock market.

His next success came after he acquired United Saudi Commercial Bank, which later became a leading Middle Eastern bank called United Saudi Bank after mergers with the Saudi Cairo Bank and the Saudi American Bank in 1999. He had also begun purchasing stakes in other businesses, like Canary Wharf and the Four Seasons Hotel Group, making him a billionaire in his own right by 1989. He invested hundreds of millions of dollars in Citicorp Bank in 1990, helping keep the bank afloat through a tough financial market in the early 1990s.

Al-Waleed also continued focusing on both luxury and high-profile brands, purchasing a 10 percent state in Saks Fifth Avenue for $100 million in 1993, leading to the first store of its kind in Riyadh. Over the next few years he bought a 50 percent controlling interest in the Fairmont hotel group, a 22 percent stake in the Four Seasons, a 42 percent state in the Plaza Hotel, and he outright purchased the George V hotel in 1996. Additionally, he bought a 24 percent stake in Euro Disney in 1994.

Additionally, his investment strategy also included media and technology companies, as he purchased a 5 percent stake in Apple Inc. in 1997, making him the largest shareholder at the time. He also  invested in Motorola, Netscape, Fox Broadcasting, Priceline.com, and News Corporation. In 2015, he invested $300 million in Twitter.

In 2002, he formed Kingdom Hotel Investments to focus exclusively on all of his hotel assets and holdings, which he continued to increase over the years as he invested in and later purchased the Savoy Hotel in London and the Monte Carlo Grand Hotel in Monaco. After maintaining his large interest in the Fairmont Hotels and Resorts group, he acquired the company in 2006 in a partnership with an American real estate firm.

In 2011, Al-Waleed announced a massive building project when he unveiled that his company planned to construct the world's tallest building, the Kingdom Tower, which was to stand at least 1,000 meters high. The cost of the project was budgeted at $20 billion and construction began in 2013.

On November 4, 2017, Prince Al-Waleed and 300+ fellow prominent Saudis were arrested and held at the Ritz Carlton in Riyadh. He and his fellow millionaires/billionaires were accused of bribery, money laundering and extortion. Prince Al-Waleed was released on January 27, 2018, after 84 days.

He was released after reaching a financial settlement that was reported to be worth well north of $1 billion. It had been reported that he paid as much as $6 billion to secure his release. The exact details of the settlement have not been publicly disclosed. Interestingly, the person demanding the settlement, Crown Prince Mohammed bin Salman, is Prince Al Waleed's cousin. 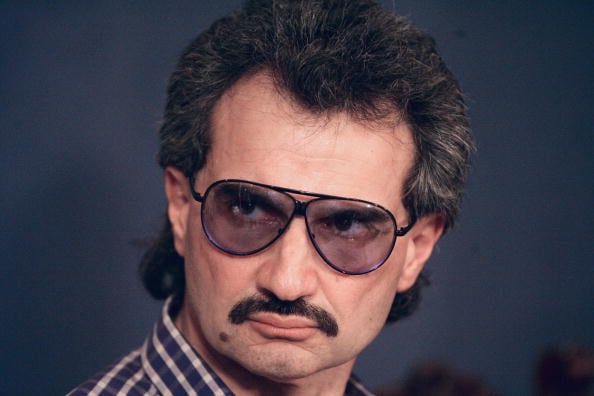 The prince is also a philanthropist, consistently donating and investing large amounts of money in philanthropic causes and organizations. He has been a long-time political supporter of Palestine, having invested $10 million in the Palestinian Investment and Development Company in 1997. He later donated $18.5 million to Palestinian families during a Saudi organized telethon that was designed to help the families of Palestinians who were affected by the Israeli-Palestinian conflict.

His stance on Palestine has caused conflict as well, such as when he attempted to donate $10 million to the city of New York City following the September 11 terrorist attacks. Along with his check, he commented that the United States should likely reexamine its position towards Palestine, which caused then Mayor of New York, Rudy Giuliani, to return the check.

He has also donated large amounts of money to institutions of higher education in the United States and Europe. In 2005, he donated $20 million to Georgetown University to create the Prince Alwaleed bin Talal Center for Muslim-Christian Understanding within the School of Foreign Service. He gave a similar grant of 16 million British pounds to Edinburgh University in order to create a center focused on the study of contemporary Islam. Both Harvard University and the University of Cambridge also have centers of Islamic Studies that are named for the prince.

In 2015, he announced that he planned to donate $32 billion in the future to a number of philanthropic causes including disaster relief, the women's movement, and disease eradication, among others.

Prince Alwaleed owns a 95 percent stake in Kingdom Holding and is invested in real estate, media, stocks, aircraft, and private equity. Al Saud owns an amazing 420 room palace and owns other residences and the top three floors of Kingdom Tower. Altogether his properties are worth more than $4.5 billion. Alwaleed owns 80.5 percent of television broadcaster Rotana which is worth over a billion dollars. He also owns more than 30 million Twitter shares. 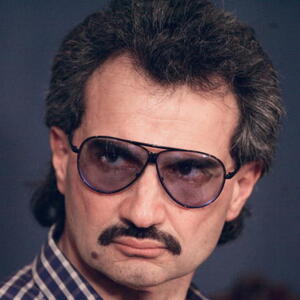