Prince Albert II net worth: Albert Alexandre Louis Pierre Grimaldi is the reigning monarch of the Principality of Monaco and has a net worth of $1 billion. Prince Albert II ascended the throne of the Principality of Monaco in 1995. He has a reputation as a bit of a playboy. He has fathered two children out of wedlock. He has been married to South African swimmer Charlene Whittstock since 2011. He is very involved in environmental issues relevant to the Mediterranean.

Albert II was born in Prince's Palace, Monaco-Ville, Monaco in March 1958. He is the son of American actress Grace Kelly and Rainier III, Prince of Monaco. He attended Amherst College in Massachusetts in 1977. The Prince competed in the bobsled for Monaco at several Winter Olympics and refused any special treatment. Since 1985 he has been a member of the International Olympic Committee. He received the Eagle Award from the United States Sports Academy in 1996. When his father became critically ill Prince Albert II became the Hereditary Prince. In April 2005 Prince Rainier III passed away and Albert II became Prince.

He married Charlene Wittstock in 2011. They have two children together. Albert is one of the wealthiest members of royalty in the world. He owns land in Monaco and France, including land that operates Monaco's casino and entertainment properties. 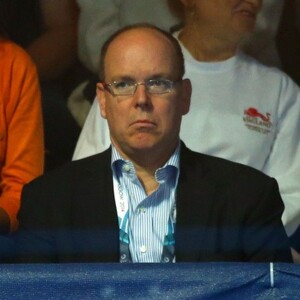