Pierre Casiraghi was born in Monte Carlo, Monaco in 1987. He has an older brother, Andrea Albert Pierre Casiraghi and an older sister, Charlotte Marie Pomeline Casiraghi. He also has a half-sister, Princess Alexandra of Hanover. He attended school in Saint-Remy-de-Province, and later took an undergraduate course at Bocconi University in International Economics and Management. While attending the University, Casiraghi gained quite a reputation with the ladies, but there was one in particular that he has been romantically linked with. Since 2008 he has been seeing a politics student by the name of Beatrice Borromeo, a member of the aristocratic House of Borromeo and well-known television personality. Casiraghi was named after his Great Grandfather Prince Pierre Casiraghi of Monaco, his grandfather, Rainier III of Monaco and his father, Stefano Casiraghi. His mother Princess Caroline is the President of AMADE Mondiale and Casiraghi accompanied his mother to South Africa, Niger, Burrundi and the Democratic Republic of Congo to promote the welfare and support for the people. 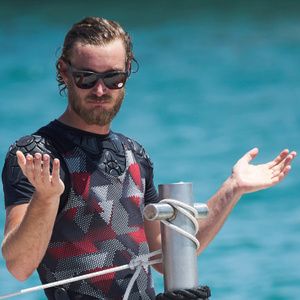