His predecessor was Norodom Sihanouk, and his a follower of Theravada Buddhism. He was an ambassador to UNESCO and was well known for his efforts as a cultural ambassador as well as his work as a classical dance teacher. In 2008 he accepted 26 royal family members to his advisory court. 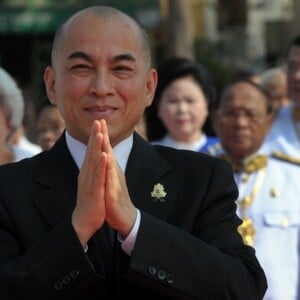