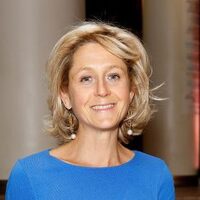 Martha Lane Fox Net Worth: Martha Lane Fox is a British entrepreneur who has a net worth of $500 million. Ms. Lane is an Oxford-educated, softly spoken lady that managed to make millions co-founding lastminute.com at the peak of the dot com boom in 1998. Since, she had spent most of the time serving as site's Group Managing Director, before she eventually stepped down from the company in 2003. However, Lane continued to be involved in various of other projects. Most notably, she is the co-founder of a chain of private room karaoke clubs, Lucky Voice, as well as she created her own grant providing foundation called Antigone. In addition to these, she is also sitting on the boards of Channel 4, Marks and Spencer and mydeco.com.