Between the two sons they also have eight grandchildren. Margrethe is a member of the House of Schleswig-Holstein-Sonderburg-Glucksburg. She was baptized in 1940 at the Church of Holmen in Copenhagen and was given a seat in the Council of State when she was eighteen years old. She studied at North Foreland Lodge followed by Girton College, Cambridge where she studied prehistoric archaeology. She later attended Aarhus University for political science, followed by Sorbonne in 1963, the London School of Economics in 1965 and is now currently a Fellow of the Society Antiquaries of London. She celebrated her Ruby Jubilee on January 14, 2012. Margrethe has expressed interest in painting and illustration, and some of her work was used for the Danish version of The Lord of the Rings. She is also a known and accomplished translator and fashion designer with a tobacco addiction. 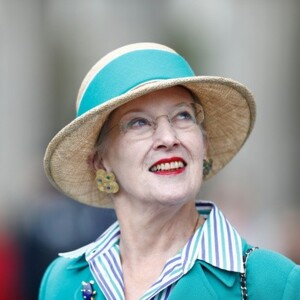