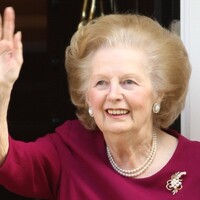 What was Margaret Thatcher's Net Worth?

Margaret Thatcher served as the Prime Minister of the United Kingdom from 1979 to 1990. The first woman to hold that position, she was known for her controversial policies of economic deregulation and industrial privatization, as well as for her attacks on trade unions. During her tenure, Thatcher oversaw the UK's victory in the Falklands War and survived an assassination attempt by the IRA.

Margaret Thatcher was born as Margaret Roberts on October 13, 1925 in Grantham, Lincolnshire, England to Beatrice and Alfred. Her father, a local Methodist preacher, raised her as a rigid Wesleyan Methodist. Thatcher went to Huntingtower Road Primary School as a youth, and then attended Kesteven and Grantham Girls' School on a scholarship. There, she participated in a number of extracurriculars, including piano, poetry, and field hockey. With World War II ongoing, Thatcher volunteered as a fire watcher with the local Air Raid Precautions organization.

For her higher education, Thatcher went to Somerville College, Oxford, where she studied chemistry. She graduated in 1947, and went on to earn a master's degree in 1950. At the school, Thatcher was the president of the Oxford University Conservative Association.

Following her college graduation, Thatcher moved to Colchester, Essex to become a research chemist for the company BX Plastics. Later, she moved to Dartford and became a research chemist for J. Lyons & Co. In 1950, Thatcher entered the political arena as the Conservative candidate for Dartford's Labour seat; she was the candidate again in 1951. On both occasions, she lost to Norman Dodds. Subsequently, Thatcher took the bar exam and passed, qualifying as a barrister in 1953.

In 1959, Thatcher joined the Parliament when she was elected as MP for the constituency of Finchley. A couple years later, she was promoted to the frontbench as Parliamentary Undersecretary at the Ministry of Pensions and National Insurance. Thatcher went on to become the spokesperson for Housing and Land, and then moved to the Shadow Treasury in 1966. The next year, she was appointed to the Shadow Cabinet. After the Conservative Party won the general election in 1970, Thatcher was appointed Secretary of State for Education and Science. In that position, she provoked an uproar when her budget cuts to state education resulted in the end of free milk for schoolchildren.

In early 1975, Thatcher became both Conservative Party leader and Leader of the Opposition. She soon became the face of a neoliberal economic movement in the UK that opposed the welfare state and called for lower taxes and less government involvement. Meanwhile, due to her foreign policy speech that castigated the Soviet Union, Thatcher was nicknamed the "Iron Lady."

Thatcher became Prime Minister of the United Kingdom in 1979, making her the first ever woman to hold the office. As PM, she instituted numerous conservative policies, including economic initiatives meant to fix the UK's high inflation rates and prevent an imminent recession. She lowered direct income taxes and increased indirect taxes and interest rates; introduced cash limits on public spending; and cut spending on social services. Thatcher also oversaw deregulation of the financial sector and the privatization of state-owned businesses, and worked to diminish the power of trade unions. As the UK experienced a deepening recession with skyrocketing unemployment rates, Thatcher became increasingly unpopular.

In 1982, Thatcher regained support when the UK emerged victorious in the Falklands War, and the economy began to recover. She was subsequently reelected in a landslide in 1983. The year after that, she was the subject of an attempted assassination by the Provisional IRA, which intended to kill her and other British government members in the Brighton hotel bombing. During this time, Thatcher continued her attacks on trade unions, resulting in several strikes including a major one by the National Union of Mineworkers. Despite her controversies, she was reelected in another landslide victory in 1987. However, following her unpopular support of the poll tax and her increasingly skeptical opinion of the European Union, she faced a challenge to her leadership. Thatcher consequently resigned as PM and party leader in 1990. 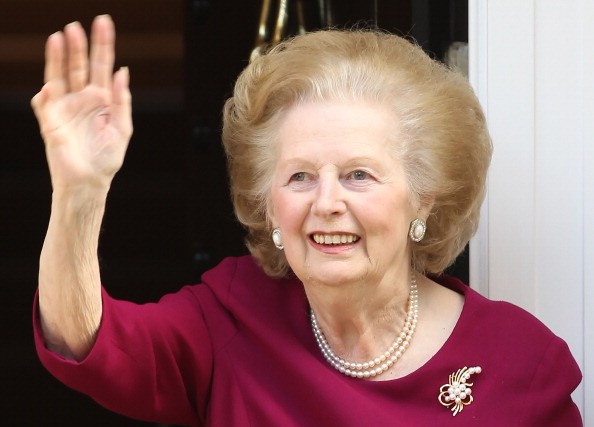 After stepping down as PM, Thatcher returned to the House of Commons as a constituency parliamentarian. She served in this role until 1992, when she retired at the age of 66. Subsequently, Thatcher founded her own foundation, penned two memoirs, and became a consultant for the tobacco company Philip Morris.

In 1949, Thatcher met businessman and divorcee Denis Thatcher. The two married in 1951, and remained together until Denis' passing in 2003. Together, the Thatchers had twins named Mark and Carol.

Thatcher suffered a series of small strokes in the early 00s. Later, it was revealed that she had dementia. At a House of Lords dinner in early 2008, she collapsed from low blood pressure, and was taken to the hospital. Thatcher was hospitalized again the next year after breaking her arm from a fall. In April of 2013, she passed away from a stroke in London at the age of 87.