What was King Abdullah bin Abdulaziz's Net Worth?

During his reign as king, he was the absolute monarch of the desert kingdom. As King he oversaw the security of Islam's holiest cities, as well as the control of 20% of the world's most valuable oil reserves. He ascended the throne of the Kingdom in August 2005 following the death of his half-brother, King Fahd.

During his reign as King he successfully led Saudi Arabia through the global recession with government spending and high oil production. He also managed to avoid losing power through the famous Arab Spring that that toppled several neighboring powers.

Abdullah was born on August 1, 1924 in Riyadh, though there are some conflicting reports about his birthday with some claiming he was actually eight years older. He was born to King Abdulaziz and mother Fahda bint Asi Al Shuraim. He was the tenth son of the king. Because he had so many brothers and experienced a speech impediment in his early years, some argue that his rise to ascension to the throng was somewhat delayed among his brothers.

By August of 1963, Abdullah was made the commander of the Saudi National Guard. He was later appointed by King Khalid as second deputy minister, a post that reflected his status as second in line of succession to the Saudi throne. However, this appointment did cause some friction among some of his brothers, a few of whom supported a different line of succession. However, Abdullah's status was more firmly implanted when King Khalid died and Fahd bin Abdulaziz became King, making Abduall the Crown Prince in 1982. Abdullah was very politically active in this role and was heavily focused on achieving peace in the Arab-Israel conflict.

Abdullah became King following the death of his half-brother, King Fahd, and formally succeeded to the throne on August 2, 2005. During his rule, he focused on implementing a number of domestic reforms including an education initiative that sent young Saudi men and women abroad for their university studies. He also initiated a top-to-bottom restructuring of the country's court system to introduce concepts like judicial review of decisions and a greater emphasis on professional training for judges. He also streamlined the process by which entrepreneurs could start businesses in Saudi Arabia and encouraged the development of the alternative energy fields. He also focused on cracking down on homegrown terrorism and tried to weaken the influence of Al-Qaida. Following the Arab Spring, he also pledged $37 billion to focus on education and housing subsidies, jobless benefits, police reform, and health care improvements. 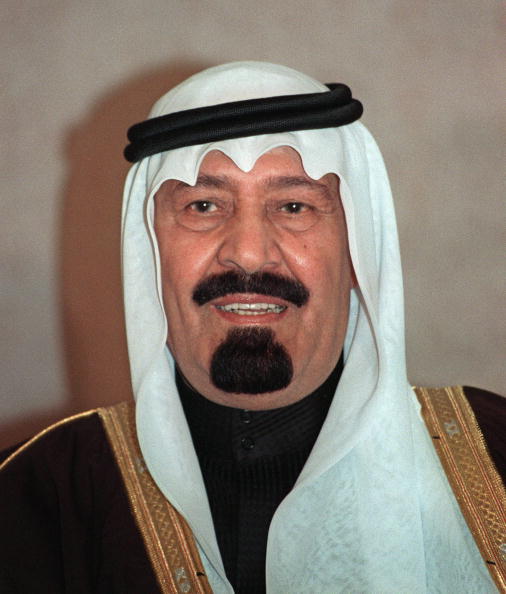 Abdullah had a reputation of being pro-American and was considered to be a close ally of the United States. He had traveled as a young man to the United States and met with multiple American presidents during his life. He was very supportive of President Barack Obama's presidency. He provided support to the US during their invasion of Iraq, though he expressed publicly his advice was against the invasion. He also tried to establish good relations with China, with a primary focus on trade.

During his time as King, he was also criticized for various human rights abuses, including the treatment of women in Saudi Arabia. However he also received a number of honors and awards during his reign. He became an honored knight of the strictly Roman Catholic Order of the Golden Fleece, due in large part to his call for more religious dialogue among the monotheistic religions. He was also awarded a gold medal by the United Nations for his contributions to intercultural understanding and peace initiatives.

Abdullah had a large number of wives, as is typical of Saudi Arabian kings, most of whom were from tribal backgrounds. He married the daughters of the al Shalan of Anizah, al Fayz of Bani Sakhr, and al Jarbah of the Iraqi branch of the Shammar tribe. Some of his more notable wives include Aida Fustuq, Munira bint Abdullah Al Sheikh, and Malka bint Saud bin Zaid Al Jarba Al Choumi. In total, he had about 30 wives and 36 children, 16 of whom are male. His eldest son, Mutaib, died at a young age, and some of his other sons have held prominent positions throughout the Middle East. His second eldest son, Prince Khalid, was the deputy commander of the Saudi Arabian National Guard West until 1992, Prince Faisal was the head of the Saudi Arabian Red Crescent Society, and Prince Turki was a pilot in the Royal Saudi Air Force and governor of the Riyadh province, among others. Two of his sons have been involved in lawsuits, Prince Majid, and Mohammed, though charges were ultimately dropped.

Among his 20 daughters, very few of them have public roles. One, Princess Adila, is a known advocate of a woman's right to drive and was known for acting as "her father's public face." One of his daughters, Noura, died in a car accident in 1990. He also had four daughters with ex-sife Al Anoud Al Fayez, who remained under house arrest for several years. There were multiple media reports of their poor living conditions until the reports stopped and one of them, Princess Hala, reportedly died in September of 2021 of unknown causes.

The King suddenly reduced his public activities in June of 2010. From 2010 to 2012, he underwent four back surgeries and it was reported that blood was accumulating around his spinal cord. He spent much of this time in hospitals in New York. During this time, the Crown Prince Sultan returned to Saudi Arabia from Morocco to ensure stability of the Kingdom.

In January of 2015, the King contracted pneumonia and died on the 23rd of January at the age of 90 in Riyadh. His funeral was held the same day at the Grand Mosque of Riyadh and three days of national mourning were declared. 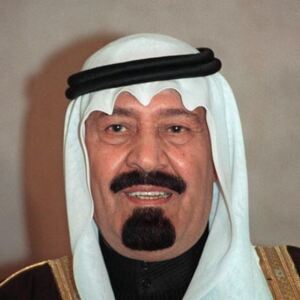