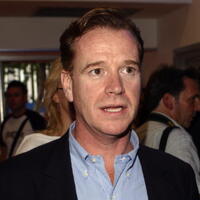 James Hewitt net worth: James Hewitt is an English former military officer who has a net worth of $3 million. James Hewitt was born in Derry, Northern Ireland in April 1958. He served in the British Army as a household cavalry officer and achieved the rank of Major. Hewitt is perhaps best known for having an affair with Diana, Princess of Wales which lasted five years and received extensive media coverage. He served for 17 years before retiring from the British Army in1 994 and opening a golf driving range. He also opened a bar called The Polo House in 2009 although it closed in 2013. Hewitt was a contestant on the reality television series The X Factor: Battle of the Stars in 2006 and appeared on an episode of the TV series Top Gear UK's Series 8. There have been persistent rumors that he is actually Prince Harry's biological father. In 2017 James denied these rumors in a rare public interview.