She practices Roman Catholicism, and her full name is Caroline Louise Marguerite Grimaldi. She is currently married to Ernst August, Prince of Hanover and attended St. Mary's School Ascot as well as Sorbonne University for philosophy, psychology, and biology. She currently speaks French, Spanish, German, Italian, and English. Caroline served as first lady of Monaco after her mother's death in 1982 until 2011 when her brother officially married. She was recognized as a UNESCO Goodwill Ambassador in 2003. Her hobbies include equestrian sports, skiing, swimming, and fashion. She has been married three times and has four children by the names of Andrea Albert Pierre Casiraghi, Charlotte Marie Pomeline Casiraghi, Pierre Rainier Stefano Casiraghi, and Princess Alexandra Charlotte Ulrike Maryam Virginia of Hanover. 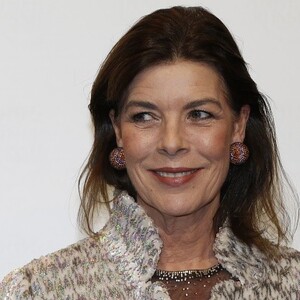