Asma al-Assad net worth: Asma al-Assad is the First Lady of Syria who has a net worth of $50 million. Asma al-Assad was born in London, England in August 1975. She is the wife of the current and 19th President of Syria Bashar al-Assad. She earned her degree from King's College in London and worked as an investment banker.

Asma al-Assad married Bashar al-Assad in December 2000 when she was about to study at Harvard University. She moved to Syria and the couple has had three children together: son Hafez al-Assad in 2001, daughter Zein in 2003, and son Karim in 2004. She assumed the office of First Lady of Syria in December 2000 and has been involved with social and economic development programs. Due to the Syrian Civil War she has become subject to economic sanctions in the European Union. Asma al-Assad has not been seen in public often since July 2012 when the Syrian Military Intelligence Directorate was bombed. 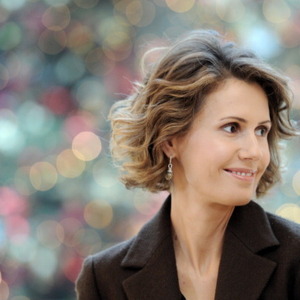