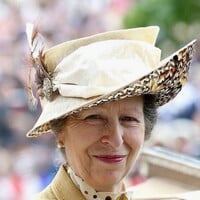 What is Princess Anne's Net Worth?

Princess Anne is a British princess who has a net worth of $10 million. Princess Anne is the only daughter (second child) of the late Queen Elizabeth II and Prince Philip, Duke of Edinburgh. Earlier in her life, she was an award-winning equestrian, and became the first British royal to compete in the Olympics. In her royal activities, Anne has been the patron of more than 300 organizations, with her charity work largely focused on the areas of science, education, health, sport, and disability.

Princess Anne was born as Anne Elizabeth Alice Louise on August 15, 1950 in London, England during the reign of her maternal grandfather King George VI. She was born as the second child and lone daughter of Princess Elizabeth, Duchess of Edinburgh and Philip, Duke of Edinburgh; her mother would go on to become Queen Elizabeth II a few years later. Anne's older brother is King Charles. Growing up, Anne was looked after and educated by her governess Catherine Peebles. She later attended Benenden School in Kent, finishing in 1968 with two A-Levels and six GCE O-Levels.

In the 70s, Anne became a celebrated equestrian. Early in the decade, she finished fourth at the Rushall Horse Trials and won gold in the individual event at the European Eventing Championship in Burghley. Additionally, Anne competed as part of the British eventing team, winning a silver medal in the European Eventing Championship team event in 1975. She also won silver in the individual event that same year. Subsequently, in 1976, Anne rode as part of the British team at the Summer Olympics in Montreal; unfortunately, she suffered a concussion midway through the course. Following her riding career, Anne served as the president of the Fédération Equestre Internationale from 1986 to 1994.

As a royal, Anne has undertaken various duties on behalf of her mother. She had her first public engagement in 1969, when she appeared at the opening of an educational and training center in Shropshire, England. Anne soon began traveling abroad, visiting such countries as Norway, Germany, Austria, Jamaica, New Zealand, and Australia. In 1990, she became the first member of the British royal family to make an official visit to the USSR. Anne has also been involved with hundreds of charitable organizations over her decades of service. One of her most notable partnerships has been with Save the Children, which she served as the president of from 1970 to 2017. Anne has visited the group's projects throughout the world in places including Bangladesh, Mozambique, Ethiopia, and South Africa. In honor of her work, she earned a nomination for the Nobel Peace Prize. Among her other notable engagements, Anne is the royal patron of the WISE Campaign. She has patronage in such other organizations as St. Andrew's First Aid; Transaid; British Universities and Colleges Sport; the Royal National Children's Foundation; Aerospace Bristol; Citizens Advice; and Townswomen's Guilds.

From 1973 to 2001, Anne served as the president of BAFTA. During that time, in 1985, she became the president of the Riding for the Disabled Association. Later, in 2011, Anne succeeded her father as the Chancellor of the University of Edinburgh. She also became president of a number of other groups, including the Royal Society of Arts and the Commonwealth Study Conference. 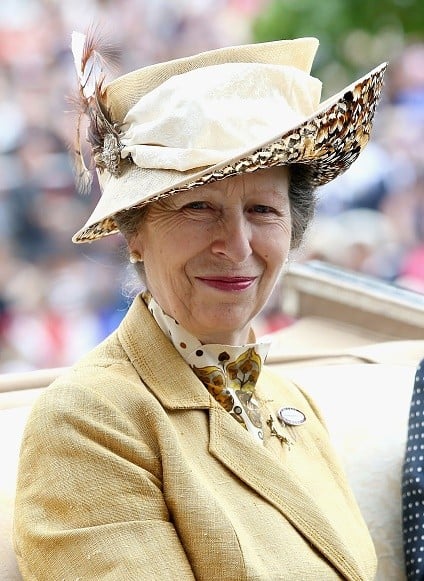 In 1974, Anne was the victim of an attempted kidnapping by a man named Ian Ball. Coming back from a charity event, she and her party were held up by Ball at gunpoint. After a scuffle in which a number of people were shot, a passerby and former boxer named Ron Russell punched Ball in the head and helped Anne escape the scene. Ball was ultimately caught, arrested, and convicted of attempted murder and kidnapping.

Anne has a reputation for being reliable, upstanding, and hard-working. However, the media has also disparaged her on occasion for being supercilious and acerbic in her manner. Overall, though, Anne remains one of the most well-liked royals in the UK, earning the public's respect for her individualism and commitment to philanthropy. She is also noted for her timeless fashion sense and her frequent recycling of garments. Anne is one of only a few female royals to have worn a military uniform. As a fashion icon, she has appeared on the cover of British Vogue. Among her other distinctions, Anne is the first member of the royal family to have been convicted of a crime, as she pleaded guilty in 2002 to violating the Dangerous Dogs Act 1991.

In late 1973, Anne married equestrian and royal lieutenant Mark Phillips, whom she had first met in 1968 at a party for horse enthusiasts. The couple had a son named Peter and a daughter named Zara. Anne and Phillips announced their separation in 1989, and later divorced in 1992. Following the initial split, Anne began dating Royal Navy commander Timothy Laurence, whom she wed in late 1992. Notably, this made her the first royal divorcée to remarry since the granddaughter of Queen Victoria in 1905.