Abdullah II of Jordan Net Worth

What is Abdullah II of Jordan's Net Worth?

Abdullah II of Jordan is the King of Jordan, having assumed the position after his father King Hussein passed away in February of 1999. As of this writing, King Abdullah has a net worth of $750 million.

Abdullah's father originally arranged for his other son, Prince Ali bin Al Hussein, to take the throne but later changed his mind. Abdullah's great grandfather, King Abdullah I, founded modern Jordan. Upon taking the throne, Abdullah II liberalized the economy, and later, introduced many constitutional reforms to grant greater public freedoms. Abdullah is well regarded around the world for maintaining stability in Jordan, as well as for championing moderate interfaith discourse.

Abdullah II bin Al-Hussein was born on January 30, 1962 in Amman, Jordan to King Hussein and the British-born Princess Muna Al-Hussein. His dynasty, the Hashemites, ruled Mecca for over 700 years, and have ruled Jordan for 100 years. They are the oldest-ruling dynasty in the Muslim world. Abdullah has ten siblings, seven of them half-siblings: Princess Alia, Prince Faisal, Prince Ali, Princess Aisha, Princess Haya, Princess Zein, Prince Hamzah, Princess Raiyah, Prince Hashem, and Princess Iman. As the eldest son, Abdullah became heir apparent to the throne under the 1952 constitution. However, political instability in Jordan caused an adult heir, Prince Hassan, to take his place. For his schooling, Abdullah went to the Islamic Educational College in Amman, and then to St. Edmund's School in England. He also attended Eaglebrook School and Deerfield Academy in the United States.

In 1980, Abdullah began his military career at Royal Military Academy Sandhurst. Subsequently, he became a second lieutenant in the British Army. After completing a special studies course in Middle Eastern affairs at Pembroke College, Oxford in 1982, Abdullah returned home and joined the Royal Jordanian Army, initially as first lieutenant and then as platoon commander and assistant commander. He went on to become commander of a tank company in the 91st Armored Brigade.

Taking a break from duty, Abdullah went to the Edmund A. Walsh School of Foreign Service at Georgetown University in 1987. Two years later, he resumed his military service to become assistant commander of the 17th Royal Tank Battalion. In 1994, Abdullah took command of Jordan's Special Forces as a brigadier general. He eventually became a major general. Because of this background, Abdullah believes in a powerful military in Jordan.

Following the death of King Hussein in February of 1999, Abdullah assumed the throne. As the new King, he went on to have wider executive and legislative authority than is typical of a constitutional monarch. Abdullah is both head of state and commander-in-chief of the Jordanian Armed Forces. During his reign, he has become known for liberalizing the economy, and for instituting reforms leading to significant economic growth. However, following the Great Recession in 2008, Abdullah had difficulty contending with the country's ensuing economic hardships.

Among the other notable events during Abdullah's reign so far has been the Arab Spring. The large-scale protests, which demanded reform throughout the Arab world, led to many civil wars. Abdullah earned praise for responding promptly to the domestic unrest in Jordan; he replaced the government, launched constitutional reforms, and made changes to laws governing public liberties and elections. Abdullah was also championed for his introduction of proportional representation to the Jordanian parliament during the general election in 2016. Overall, despite some criticisms, Abdullah is popular both domestically and internationally for maintaining stability in Jordan and for promoting dialogue between people of differing faiths. He is the longest-serving current Arab leader in the world. 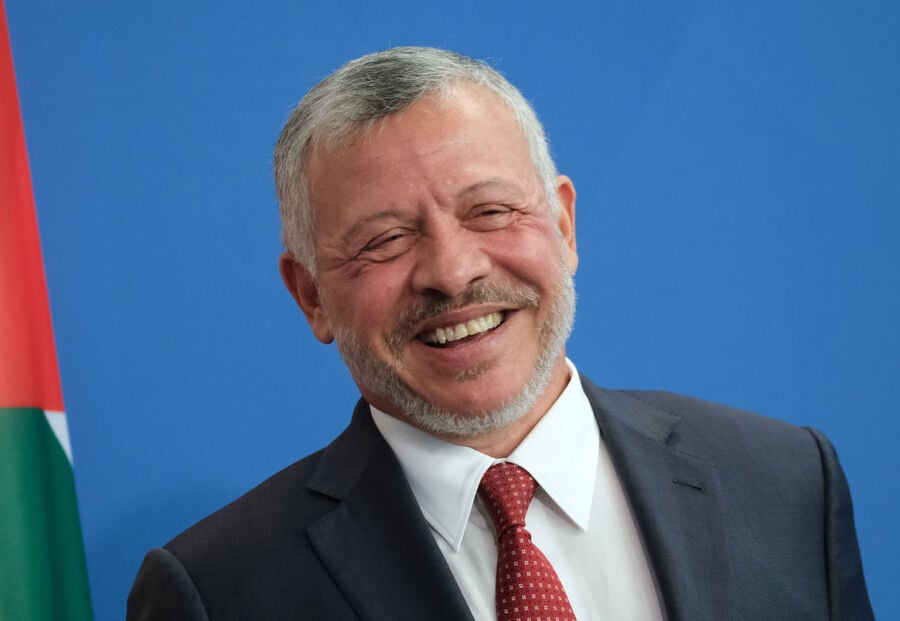 In 1993, Abdullah wed Rania Al-Yassin, a marketing employee at Apple in Amman; she is now Queen Rania. Together, the couple has four children: Prince Hussein, Princess Man, Princess Salma, and Prince Hashem.

In terms of his pastimes, Abdullah is fond of skydiving, water sports, and motorcycling. He is also an avid collector of ancient weapons, and enjoys stand-up comedy. In 2010, Abdullah released an autobiography entitled "Our Last Best Chance: The Pursuit of Peace in a Time of Peril."

Beyond his political career, Abdullah owns a global network of real estate properties estimated at over $100 million. Notably, his ownership was disguised through offshore companies on the British Virgin Islands, and was eventually disclosed in the Pandora Papers leak in 2021. The disclosure revealed Abdullah's ownership of three oceanfront estates in Malibu, California, as well as properties in London, Ascot, and Washington, DC. His attorneys deny any tax evasion or misuse of public funds, claiming that Abdullah bought the properties with his own private wealth and used offshore companies for privacy and security.

Abdullah has earned a plethora of accolades over the years, including honorary doctorate degrees from such institutions as the University of Jordan, Georgetown University, the University of Oxford, and Chulalongkorn University in Thailand. Other awards include the Golden Shield Award, the Franklin Delano Roosevelt International Disability Award, the Peacemaker Award, and the Templeton Prize, given for promoting interfaith dialogue. 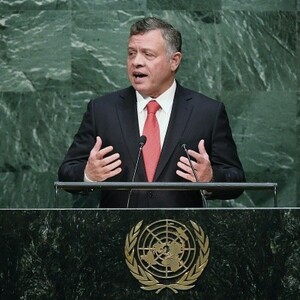