William Kristol net worth: William Kristol is an American neoconservative political analyst and commentator who has a net worth of $5 million. William Kristol was born in New York, New York in 1952. He is a Republican who served as the Chief of Staff to the Vice President of the United States under Dan Quayle from 1989 to 1993. Kristol earned his Ph.D. from Harvard University. He is the editor and founder of the political magazine The Weekly Standard. He served as chairman of the New Citizenship Project from 1997 to 2005 and co-founded the Project for the New American Century in 1997. Kristol is a member of the board of trustees for the Manhattan Institute for Policy Research and is a director of the Foreign Policy Initiative. He is also a member of the Policy Advisory Board for the Ethics and Public Policy Center and is a board member of Keep American Safe and the Emergency Committee for Israel. He has often appeared on the TV series Charlie Rose, The Daily Show, Fox News Sunday, Crossfire, and This Week. 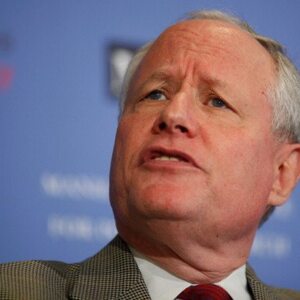