Tom Cotton net worth: Tom Cotton is an American politician who has a net worth of $500 thousand. He is best known for being a United States Senator from Arkansas. According to his most recently-released financial disclosure, Cotton estimated his net worth at $500,000. In the years when he has given estimates, his net worth has fluctuated from $250,000 to $500,000.

Tom Cotton was born in Dardanelle, Arkansas in May 1977. He is a Republican who graduated from Harvard University. Cotton was a decorated member of the United States Army serving from 2005 to 2013 and achieving the rank of Captain. He served in the War in Afghanistan and the Iraq War and earned a Bronze Star Medal among over awards. Tom Cotton served as a member of the U.S. House of Representatives from Arkansas's 4th district from January 2013 to January 2015. He became a United States Senator for Arkansas in January 2015. He has been a member of many committees including the United States Senate Committee on Armed Services, on Banking, Housing, and Urban Affairs, Special Committee on Aging, Select Committee on Intelligence, and Joint Economic Committee. 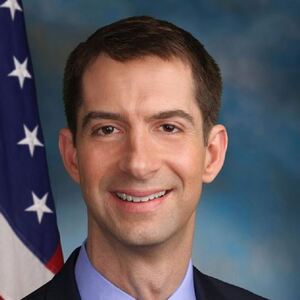