Stephen J. Hadley Net Worth: Stephen J. Hadley is American foreign and defense policy advisor who has a net worth of $4 million. Born Stephen John Hadley on February 13, 1947, in Toledo, Ohio, he was the 21st U.S. Assistant to the President for National Security Affairs (commonly referred as National Security Advisor), serving under President George W.

Bush. Once he completed his education earning a J.D. degree from Yale Law School, Hadley went on to serve as an officer in the United States Navy from 1972 to 1975. Next, he served in various capacities in both the defense and national security field, including tenures under Presidents Gerald Ford and Ronald Reagan. Eventually, he took government service under George W. Bush. In the post Bush period, Hadley became senior advisor for international affairs at the United States Institute of Peace. When it comes to his private life, Stephen J. Hadley lives in Washington, D.C. with his wife Ann, a Justice Department lawyer. The couple has two daughters together. 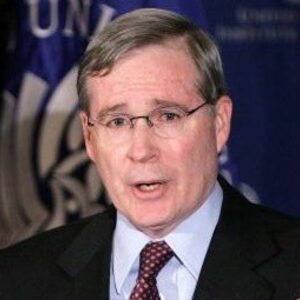