What is Sean Hannity's Net Worth and Salary?

Sean Hannity is an American television host, author, and conservative political commentator. Sean Hannity has a net worth of $300 million. He is best known for hosting the talk radio show "The Sean Hannity Show", as well as his program "Hannity" on the Fox News Channel.

Between his radio and TV show gigs alone, Sean Hannity earns $40 million per year. He earns $25 million per year from Fox News. The remaining salary mostly comes from a radio syndication deal with Premiere Networks that was signed in 2019.

Sean Patrick Hannity was born in New York City on December 30, 1961, and grew up in Franklin Square, New York. His mother, Lillian, worked as a stenographer and corrections officer at a county jail, and his father, Hugh, was a family-court officer. He is the youngest of four siblings. He is of Irish heritage; all four of his grandparents immigrated to the United States from Ireland. He attended high school at St. Pius X Preparatory Seminary in Uniondale, New York. He then continued his education at New York University, UC Santa Barbara, and Adelphi University, but ultimately did not graduate from college.

In 1982, Hannity started his own house-painting business. A few years later, he worked as a building contractor in Santa Barbara, California. In 1989, while in California, he got the opportunity to host his first talk radio show at UC Santa Barbara's volunteer college station, KCSB-FM. However, his weekly show was canceled after less than a year due to controversy over the "contentious" manner in which LGBT rights were discussed on the show. After leaving KCSB, Hannity joined WVNN in Athens, Alabama, as their afternoon talk show host. He then moved to WGST in Atlanta in 1992.

Hannity's first exposure to a broader audience was in 1996, when Fox News co-founder Roger Ailes hired him to host a television program. The show, which he co-hosted with Alan Colmes, debuted under the name "Hannity & Colmes", and ran until January 2009. On the show, Hannity provided a conservative point of view, while Colmes represented the liberal viewpoint.

Along with his ventures into television, Hannity did not abandon his radio projects. In January 1997, Hannity joined WABC full-time, and was given the late-night time slot, before he was moved to the afternoon drive-time slot in January 1998. He continued in this slot until the end of 2013. Since January 2014, Hannity has hosted the 3-6 p.m. time slot on WOR in New York City.

Hannity's radio program, "The Sean Hannity Show", began national syndication on September 10, 2001, where it became available on over 500 stations nationwide. The show is a conservative political talk show that mostly features Hannity's own opinions and ideology regarding current issues, events, and politicians. In 2004, he signed a $25 million, five-year contract extension with ABC Radio (now Citadel media) to continue the show until 2009. Then, in 2008, Hannity signed a $100 million, five-year contract with Citadel Communications (who bought ABC radio in 2007). As of March 2018, "The Sean Hannity Show" is heard by over 13.5 million listeners a week. Thanks to the reach and popular of his program, in 2017 Hannity was ranked No. 2 by Talker Magazine in their annual Heavy Hundred list. He was inducted into the National radio Hall of Fame in November 2017, and received a Marconi Award in 2003 and 2007 from the National Association of Broadcasters as the Network Syndicated Personality of the Year.

In 2007, while still hosting "Hannity & Colmes", Hannity began hosting his own Sunday night television show, also on Fox News, called "Hannity's America". After Colmes left "Hannity & Colmes" in 2009, the network renamed the show "Hannity", and it replaced "Hannity's America." "Hannity" episodes air live at 9 p.m. every Monday through Thursday, and is the Friday edition is usually pre-recorded. It is the number one cable news broadcast in its time slot. The show usually features a run-down of the day's events with long monologues, and political and legal analysis of various topics and issues. 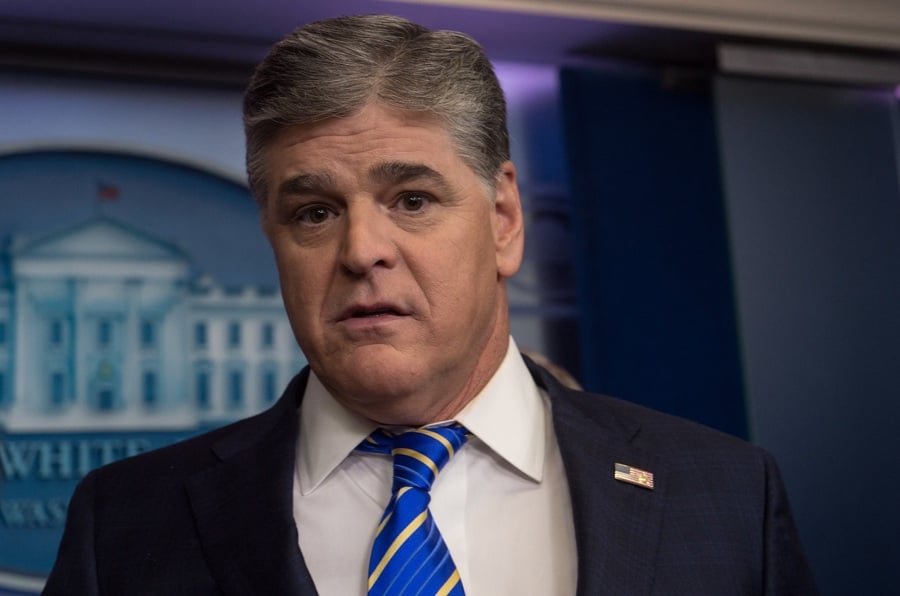 Other Ventures and Projects

Hannity is a published author. His first book, "Let Freedom Ring: Winning the War of Liberty over Liberalism" was published in 2002, and his second book "Deliver Us from Evil: Defeating Terrorism, Despotism, and Liberalism" was published in 2004 through ReganBooks. These both entered the New York Times nonfiction bestseller list, the latter remaining there for five weeks. His third book, "Conservative Victory: Defeating Obama's Radical Agenda", was released by HarperCollins in march 2010. It also made it only the New York Times bestseller list. Furthermore, Hannity was the executive producer of the 2017 Christian drama film "Let There Be Light", starring Kevin Sorbo.

Hannity married Jill Rhodes in 1993. Together, they have two children, and the family splits their time between Long Island, New York, and Naples, Florida. In June 2020 it was revealed that Sean and Jill actually divorced a year earlier.

He is a devout Christian, but has left the Catholic Church, citing "too much institutionalized corruption" as his reason for doing so.

In April 2018, The Guardian newspaper released a report that detailed how Sean Hannity owns a property empire valued at $90 million. He reportedly owns nearly 900 houses in seven states. He owns everything from luxurious mansions to low-income properties. He allegedly bought dozens of properties in 2013 alone, most of them were bought out of foreclosure. In 2014 he bought two large apartment complexes in Georgia for $22.7 million where rents range from $700-1000 per month. 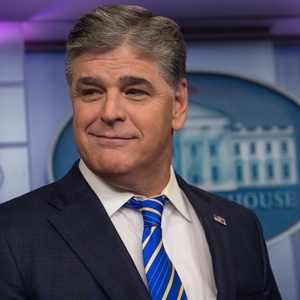