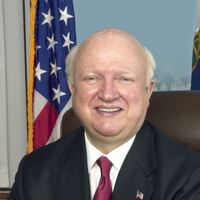 Samuel W. Bodman Net Worth: Samuel W. Bodman is an American politician who has a net worth of $70 million. Born Samuel Wright Bodman III on November 26, 1938, in Chicago, Illinois, he is best known for his office term as a United States Secretary of Energy and previously as Deputy Secretary of the U.S. Treasury Department. After he completed his Doctor of Science in chemical engineering at the Massachusetts Institute of Technology, he remained at MIT the next six years serving as an Associate Professor of Chemical Engineering. At the time, he also started to work in the financial sector as Technical Director of the American Research and Development Corporation, a venture capital firm. Climbing up the career ladder, Bodman was named both President and Chief Operating Officer of Fidelity Investments and a Director of the Fidelity Group of Mutual Funds in 1983. Four years later, he joined Cabot Corporation, a Boston-based Fortune 300 company with business activities in specialty chemicals and materials spreading across the globe, where he also served as Chairman, Chief Executive Officer, and a Director. It was in February 2004 that Bodman started his tenure as a Deputy Secretary of the Treasury in the George W. Bush Administration, where he also served the as the Deputy Secretary of Commerce beginning in 2001. Samuel W. Bodman was nominated to replace Spencer Abraham as the United States Secretary of Energy on December 10, 2004. Then he was confirmed unanimously by the United States Senate on January 31, 2005, assuming office the next day. Under his guidance, the Department of Energy was operating with a budget in excess of $23 billion and over 100,000 federal and contractor employees.