Sam Brownback Net Worth: Sam Brownback is an American politician who has a net worth of $10 million. Brown back served as Governor of Kansas from 2011 to 2018.

He was born Samuel Dale Brownback on September 12, 1956, in Garnett, Kansas. While at Kansas State University, he was elected student body president and was a member of Alpha Gamma Rho. After he received his J.D. in 1982, he spent almost a year working as a broadcaster, hosting a weekly half-hour show. Soon, he became an attorney in Manhattan, Kansas before acquiring the post of Kansas secretary of agriculture in 1986. Four years later, he was accepted into the White House Fellow program and then detailed to the Office of the U.S. Trade Representative from 1990 to 1991. It was in 1995 that he started to serve in the United States House of Representatives representing Kansas's 2nd congressional district as a member of the Republican Party. He held the position until 1996 and then was elected to the United States Senate, serving Kansas from 1996 to 2011. Sam Brownback had an unsuccessful attempt to ran for president in 2008, when he withdrew before the start of the primaries and the subsequent endorsement of the eventual Republican nominee, John McCain. In 2010, he was elected the 46th Governor of Kansas and took office in January 2011. He served until January 31, 2018. 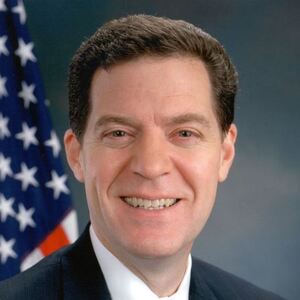